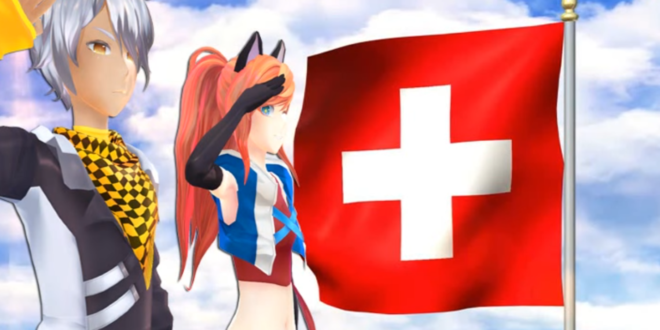 Our partners VocalNexus and VOCAMERICA are partnering up to bring the Western VOCALOID concert project to Europe! The first-ever European VOCAMERICA concert will be at Aki no Matsuri, a Swiss anime convention. However, they need your help to make their European venture a success!

VocalNexus is a German fan-made radio broadcast. In the past, FreakyLulu, head of VocalNexus, hosted the AHS concerts held in Austria and Germany. As such, they have experience with dealing with concerts and bringing them to Europe.

The crowdfunding was created to cover the costs of the projector. VocalNexus wants to project the concert with a separate projector onto a clear screen. If the crowdfunding becomes a great success, they will even buy a projector for more concerts in the future and rent a bigger hall, because at the moment, the organizers of the convention gave them a rather small room.

The campaign is held on StartNext, a German crowdfunding site. However, it does have an English version available.

Unfortunately, due to strict German copyright laws, most VOCAMERICA merchandise isn’t allowed to be sold. However, there are still some goodies fans can grab from supporting the concert. Not to mention, international shipping is also free! 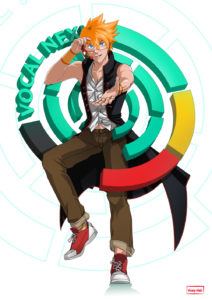 €5 Digital “Thank You” Card – A digital thank you card sent via email with a chibi illustration of VocalNexus’ mascot “Florian,” which will be illustrated by MiYuki.

€15 Art Print – A printed thank you card. The digital thank you card will be printed and you also receive an additional A4 poster of VocalNexus’ mascot illustrated by Vinny-Vieh.

€50 VOCALNEXUS Reward (CD) – You receive the printed thank you card, the poster, VocalNexus stickers, and a VOCAMERICA CD that you will only be able to receive through this crowdfunding campaign. (Limited to 60 people.)

€100 Big VocalNexus Reward – Everything from the previous rewards plus you will be mentioned during the live broadcast and in the booklet of the CD as a sponsor. (Limited to 20 people.)

€250 Aki no Matsuri Reward – Everything from the Big VocalNexus Reward, a ticket for the concert on Saturday, plus an A2-sized poster of the concert sealed in a glass frame and signed by EmpathP and Freaky Lulu. (Limited to 3 people.)

€500 Big Aki Not Matsuri Reward – Everything from the previous rewards but instead of a Saturday ticket, you’ll receive one for the whole weekend. You will also receive a tour with Freaky Lulu through the concert area and be able to have a Q&A session with her. (Limited to 2 people.)

First Goal: €3,300
At €3,300, VocalNexus will cover the costs for renting the projector for the VOCAMERICA concert. It will also settle the live radio broadcast of the concert as well as light sticks and additional materials like posters for the concert.

Second Goal: €4,500
With this amount, VocalNexus will rent a big hall for the concert, so more visitors can attend VOCAMERICA.

Third Goal: €6,400
VocalNexus will buy the projector and offer it for other conventions in the future.

If there will be any money left, VocalNexus will use it to upgrade their equipment for their radio program. This means new microphones and VOCALOID CDs to expand their playlist (and to support other VOCALOID fan projects).

As we’ve stressed before, donating to crowdfunding campaigns is a huge way to show your interest. Even if the convention isn’t in your country, there’s still a chance for it to get there one day. If VOCAMERICA and VocalNexus can show that there’s large interest from your country, there’s a higher chance of the concert being able to go there. If only people in Switzerland donate, this could be the last concert in Europe.

Fans can donate to the campaign here.

She's a huge VOCALOID fan, a figure collector, and an all around nerd. Hoshi's been in the VOCALOID fandom since 2008 and has been a hardcore VOCALOID fan since 2013.
@VocaHoshi
Previous Preorders Now Open For Hatsune Miku Heart Hunter Ver. 1/7 Scale Figure
Next Xiaomi Redmi Note 4X Hatsune Miku Limited Edition Now Official