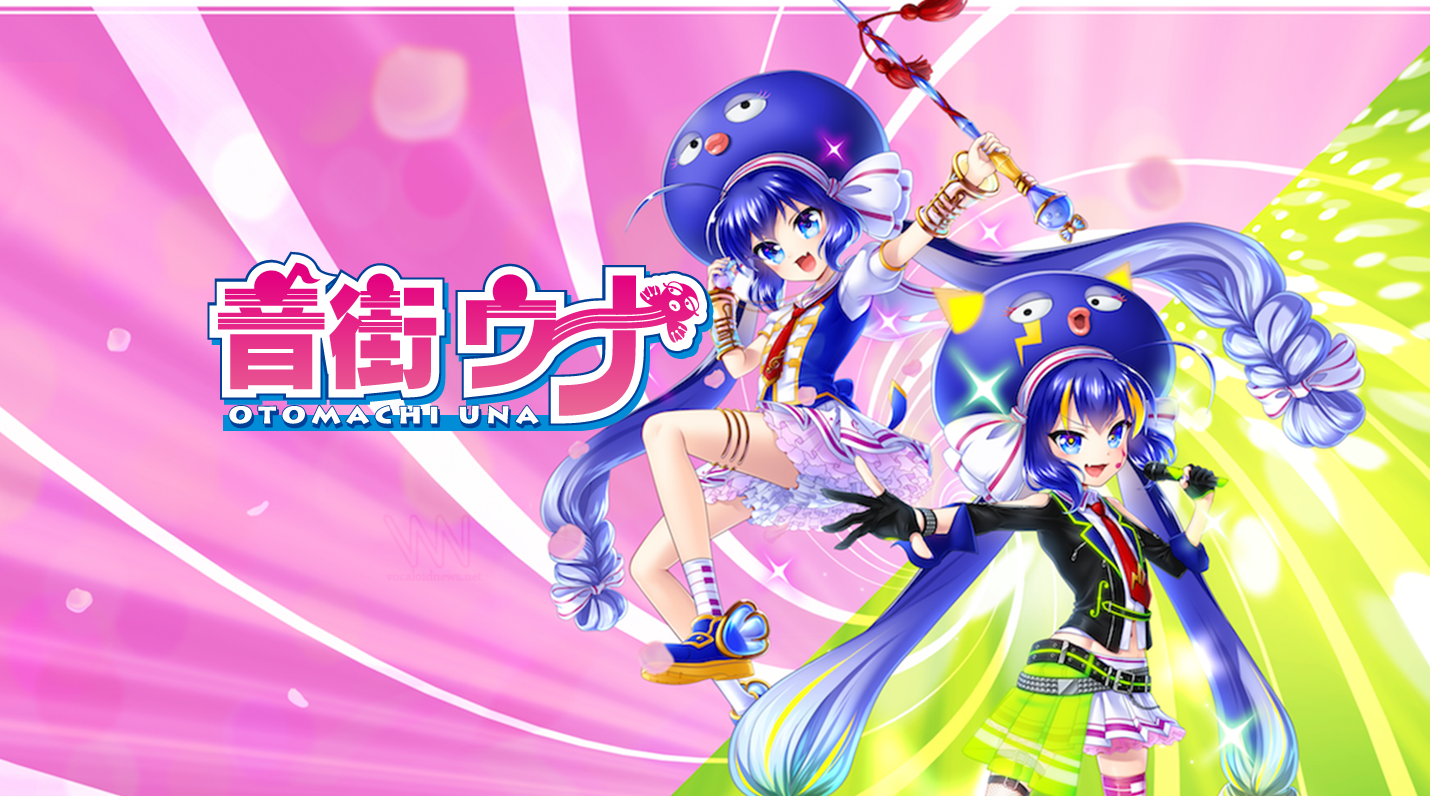 Internet Co. and MTK revealed more information on the VOCALOIDs Sugar and Spicy. Or should we say VOCALOID? 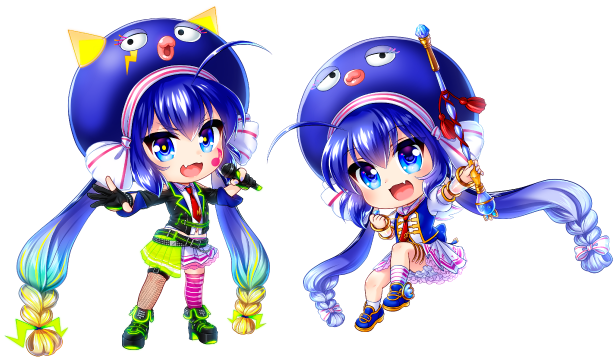 Sugar and Spicy aren’t two different characters but are instead two different costumes of the same character, Otomachi Una. Una, like many fans have expected, is inspired by eels. VOCALOID has its own eel idol now!

Una is an 11-year-old singer who stands at 148.5 cm tall, which one can assume means including her giant hat. Her birthday is July 30th. Sugar and Spicy are two costumes she wears.

Una is voiced by none other than Aimi Tanaka, a seiyuu who is recently known for voicing the popular character Umaru Douma in the anime series “Himouto Umaru-chan!”

As we mentioned before, the two voice banks will be capable of cross synthesis.

It is confirmed that Una’s software will be released first as a digital download version on July 30th while the packaged version/physical copy will be released shortly after on August 4th. The preorder opened today with three packages choices and special discounted prices:

They are available for preorder at the INTERNET Co. Online Store here. First time users will need to register an account before they can place their orders. It is currently unknown whether the software will also be available later at VOCALOID SHOP Japan/English.

At the moment, there is only one demo available in two different videos: the original teaser and the updated version showing Sugar and Spicy’s designs. The website shows that at least four demo songs will be made in the future with the current one being a promotional movie.

Currently, fans can download images of Sugar and Spicy while MMD models and motion data will be uploaded later, along with official video materials. Those who are interested in the images can head to Una’s official page here. There are currently images of Una’s logo as well as Sugar and Spicy both in regular and chibi forms.

As always, we’ll update you as soon as any more information comes out. Until then, you can read our previous article on Sugar and Spicy, and visit the official pages of Otomachi Una below.

She's a huge VOCALOID fan, a figure collector, and an all around nerd. Hoshi's been in the VOCALOID fandom since 2008 and has been a hardcore VOCALOID fan since 2013.
@VocaHoshi
Previous Full PV for Hatsune Miku Magical Mirai 2016’s Theme Song “39 Music!” Now On Youtube
Next VOCALOID News Network at Anime Expo This Weekend!