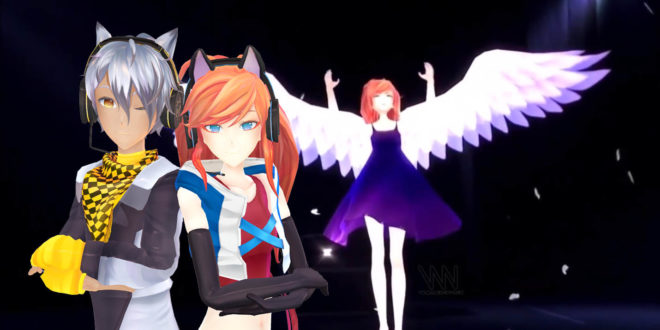 Those who went to Tora-Con got to see a live performance of VOCAMERICA, but EmpathP gave us a special treat as well! Both performances were streamed on YouTube. Everyone from around the world came together to watch the Western VOCALOIDs and UTAUs perform some amazing songs! Of course, be wary of spoilers. This article is a review of the concert and, as such, will have concert spoilers. While all concerts won’t be the same as VOCAMERICA at Tora-Con, the upcoming concert at Castle Point Anime Convention will probably be very similar.

As EmpathP promised, the VOCAMERICA concert somehow managed to become even better than the original performance. This is the performance that Kickstarter backers will be receiving on DVD, and I have to say, I’m incredibly hyped. I want to watch this concert over and over. There’s one song in particular I want to keep watching more than others, but we’ll go over that shortly.

The concert opened with wire frame silhouettes of the characters alongside their names. The sequence introduced the main performers while a DEX and DAINA cover of “Make Good Noises” played. It opens up the hype quite quickly.

VOCAMERICA’s animator MajorasFate posted a video of some of their favorite VOCAMERICA performances. However, this video isn’t the full concert. You can find the 32-minute-long video here.

And, of course, these aren’t necessarily everyone’s favorite moments nor are they all of the highlights of the evening.

First, there was the brand-new motion data for “Bi☣hazard!” This original motion replaced the motion used previously (with permission), which was created by an MMD user from outside of the concert. New text effects were also added to the performance. 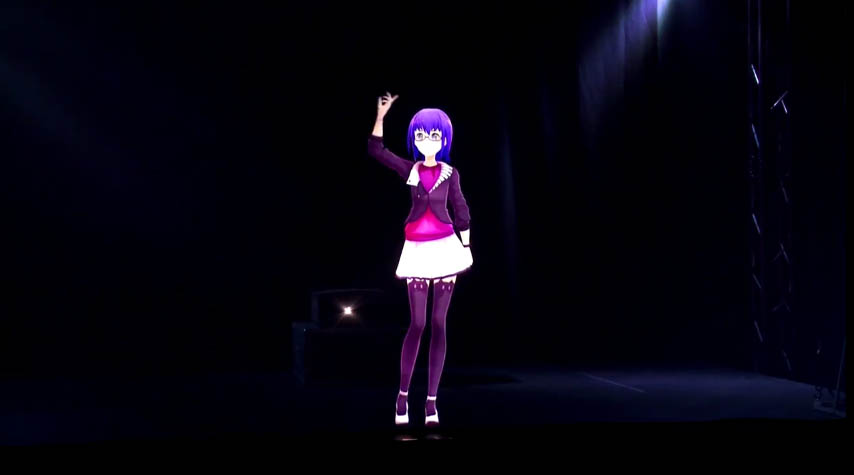 Viki Hopper also made her debut at the concert! While EmpathP is working on an original song, Viki’s debut performance was a Japanese and English cover of “Campanella.”

Please note that the model in the video is NOT the model used in VOCAMERICA. You can see the VOCAMERICA model below.

Finish other commision for #VOCAMERICA.Hello everybody. VOCAMERICA will be a concert of western vocaloids and…

Another debut was RUBY’s official VOCAMERICA model! The NekoCon concert used a different RUBY model because YoiStyle was unable to finish her in time. However, her YoiStyle model took center stage in “ECHO” and she was beautiful! One thing many fans noted (and found absolutely adorable) was RUBY being quite a bit shorter than DEX and DAINA. That, plus the attention to detail in her jacket, made her an instant hit.

An Angel with Borrowed Wings

Nonetheless, the big highlight of the night was DAINA’s encore performance! Those who purchased the Tora-Con exclusive album are lucky enough to now have the big encore performance available to listen to whenever they want. DAINA covered “Persephone” and debuted a new model made especially for the song. But those little wings were only the beginning. At the song’s climax, they grew into a beautiful, feathery set of wings, complete with animation! Between the touching animation and the song, I and many others were moved to tears.

While DAINA stole the initial encore spotlight and was the talk of the night, the moving tribute to Regalia was a touching surprise to everyone. Her UTAU sang “The Earth’s Final Confession” in a beautiful performance. It was a stunning and touching tribute from the VOCAMERICA team to one of their own that showed just how close the team really is.

After the concert, performers returned to the stage two by two (with the exception of Regalia, who appeared solo; and Viki, who was not present) for the curtain call. This was once again one of the best parts of the concert as each animation was different. Every character had their own personality from Namida shyly returning with an energetic Aiko, to MAIKA blowing a kiss to the crowd, while RUBY smiled and waved. Hopefully in the future, these personalities will get to shine a bit more through crowd interactions.

Considering the limited budget VOCAMERICA has (they are in no way anywhere near Miku concert level money), the crew did an amazing job. The motions overall are pretty good and some are absolutely stunning. As they continue to improve, I’d like to see the floating feet be fixed a bit. With some motions, the performer’s feet don’t move naturally but either float or slide across the floor. Motions overall could use a bit of touching up as well. However, considering all of the animations are motion traced, we can’t expect perfection.

Motion tracing is essentially opening up MMD and making a model dance frame by frame to a video of a human dancing the choreography. It’s insanely time consuming.

The added effects were very well done. They were well timed and fit the songs as well. They also didn’t seem overwhelming but instead were meaningful additions.

Overall, I loved the stream and still want to see the concert in person! 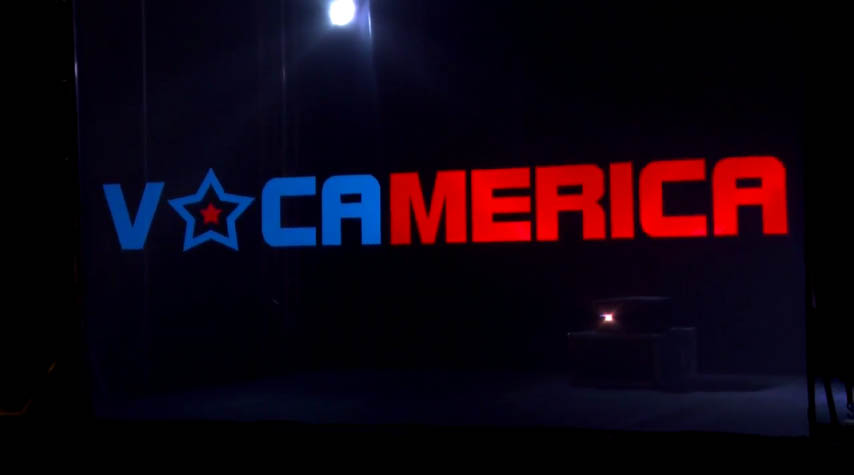 VOCAMERICA needs your help! It’s a fan-run project that needs fans’ help to keep growing. If you want to see VOCAMERICA in Europe, consider donating to their StartNext campaign. Even a few dollars helps. Rally your VOCALOID loving friends in Europe together and tell them all to donate! If a lot of people from a single country show interest, there’s a higher chance of VOCAMERICA coming to that country if it’s funded!

In addition, you can pledge to EmpathP’s Patreon to fund VOCAMERICA monthly and receive some great perks!

Let’s get the VOCAMERICA at Aki no Matsuri hype going a little bit more! EmpathP has given us permission to tease some of the songs that will be at the concert.

She's a huge VOCALOID fan, a figure collector, and an all around nerd. Hoshi's been in the VOCALOID fandom since 2008 and has been a hardcore VOCALOID fan since 2013.
@VocaHoshi
Previous MAIKA Power and Soft Confirmed!
Next IA Live Concert at Otakuthon!