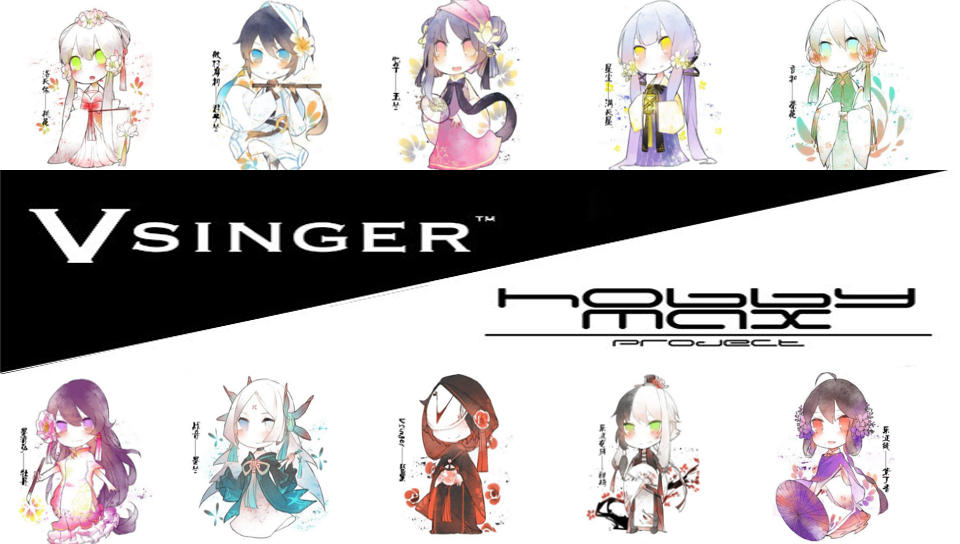 A month ago, Vsinger announced a mini figure design contest using their characters in collaboration with HobbyMax. Full contest details can be found here.

The contest has ended and Vsinger has announced the winner on their Weibo. The winning design was “Language of Flowers” series by 莱勒QWQ, each design is inspired by a different flower. Preorders are set to open in May 2016 with a release date of September 2016. The cost of the mini figure box set will be roughly 300 RMB or $47 USD (price subject to change) for 8 mini figures.

As mentioned previously, Xin Hua and Zhanyin Lorra are not included in the contest. This is due to Xin Hua not being a Vsinger product and NetEase owning the copyrights to Zhanyin Lorra’s character design. Mr. V also won’t be part of the mini figures set. However, they have yet to announce who the bonus figure will be. The artist chose to make these as a bonus.

Mr. V is the mascot for Vsinger; he introduced himself when Vsinger was created. Mr. V is the public relations manager for Vsinger. He handles the official Weibo as well as any communication between the fans and the company. Fans have created quite a bit of fan art of Mr. V along with their VOCALOIDs. He is sometimes portrayed as part of the group along with the VOCALOIDs.

A follow up on the upcoming Luo Tianyi figure by 萌斋堂. A prototype was displayed at Comiccup17 in Shanghai during the last weekend of November.