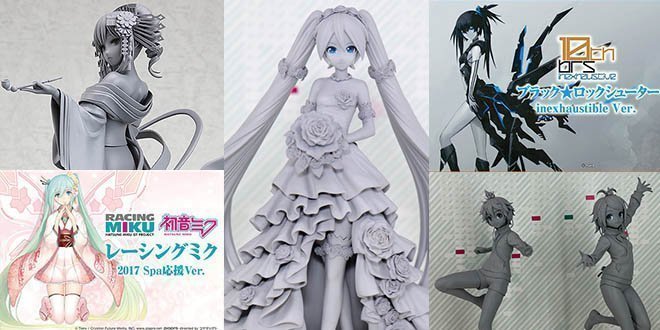 It’s that time of the year again! Figure manufacturers and garage kit makers flocked to Japan to show off their newest works. In addition, big companies also made lots of announcements about what they plan to make in the future! While the VOCALOID pickings weren’t amazing, they also weren’t slim, either.

These figures were previously announced but have since received either a prototype or a painted prototype.

No Updates but Confirmed to be Still in Production

Unfortunately, not all figures are made quickly. However, there’s confirmation of many figures still being in production!

One Miku figure is suffering the treatment of being a prototype for quite some time. While it’s not uncommon, fans are still itching to see the finished product. 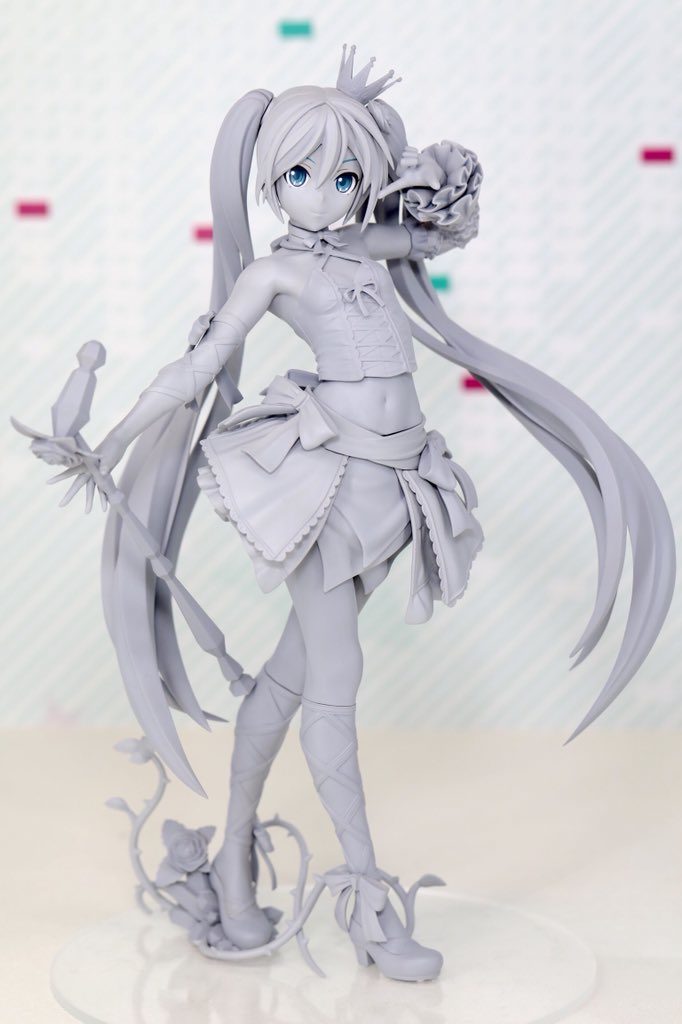 While these figures haven’t received prototypes yet, they’re still in the running to be figures!

Nowhere to Be Seen

And on the day after his birthday (WonFes was the 18th in Japan), KAITO was nowhere to be seen. While a 1/4 scale figure of his V3 design was previously announced, his announcement was removed from the production wall. In addition, no pictures of a prototype surfaced online. While it’s unsure if he’s been cancelled, KAITO fans are definitely worried. Stay tuned to VNN as we investigate the Disappearance of 1/4 Scale KAITO.

And finally, there’s one item already available for pre-order that was featured at WonFes!

This limited metallic colored version of the Figure-rise Bust Vocaloid Hatsune Miku sold out during WonFes! You can pre-order her at Tokyo Otaku Mode, though!

In addition you can check out the Tokyo Otaku Mode at Winter WonFes 2018 sale here. They have select figures up to 20% off PLUS up to 20x TOM points on figure pre-orders for Premium Members. Your first three months of Premium are only $4.99 USD as well!

As always, stay tuned to VNN for when the figures are released!

She's a huge VOCALOID fan, a figure collector, and an all around nerd. Hoshi's been in the VOCALOID fandom since 2008 and has been a hardcore VOCALOID fan since 2013.
@VocaHoshi
Previous New VOCAMERICA Merchandise Available
Next Snow Miku 2018 and Vampire Outfits For Dollfie Dream Hatsune Miku Preorders To Open From February 17th