Yuezheng Longya Will Receive a New Design for V4! Fans Are Welcome to Give Suggestions!

As July is getting closer, Vsinger finally brings us some news for the upcoming release of Yuezheng Longya. Vsinger posted a long Weibo post featuring Pora’s illustration of Longya. The post announced his new character biography and asked fans for their opinions of his V4 design. Please remember that Longya’s art featured here is just shown as an example and is NOT his final V4 design. 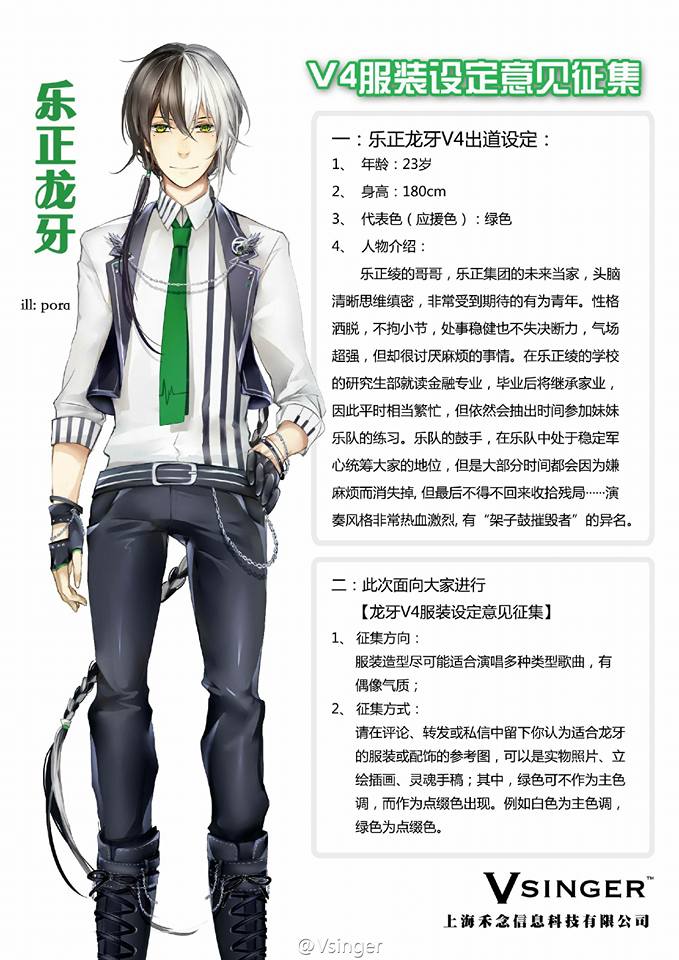 The new biography is not that different from his previous biography featured in Vocaloid China’s Official Artbook. Slight changes have been made in the new biography, such as him being a financial student, and the popular “overly protective of his sister” description is not mentioned here. But since he is still willing to spend time on his sister’s band rehearsals, we can safely say he is still a good brother to Ling.

Vsinger is encouraging fans to give suggestions for his new V4 design via comments, shares, or private messages on Weibo. As they are only asking for suggestions, it could be a photo, a simple draft, or even a doodle of the outfit or accessories; detailed illustrations are not necessary. They are asking for outfits that appear suitable in variable genres, and his supporting color green should be used in the design.

The suggestions will be collected and combined into a new design at the end. This will be his new V4 design and will be used for multiple purposes.