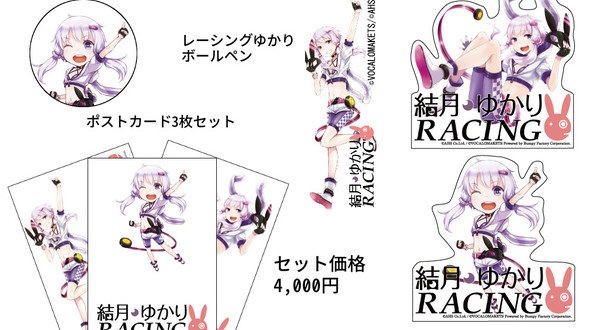 The latest update in the Yuzuki Yukari Racing Project reveals some of the goods that will soon go on sale! As previously reported, proceeds made from sales of these goods will help fund Takahiro Watanabe‘s participation in the 2017 Super Taikyu racing season with a Yuzuki Yukari itasha! So if you want to see Yukari tearing up the race course, you can support the project by purchasing some Racing Yukari goods! 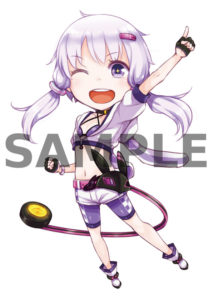 All the goods bear a Racing Yukari image that was designed by her official illustrator, Juu Ayakura. The new ones include a standing pic of a spunky-looking Racing Yukari striking a victory pose, as well as an adorable SD version of Racing Yukari! Watanabe announced that he plans to sell the initial goods as a set package with the asking price of ¥4,000 JPY (about $40 USD) at Comiket 91 from December 29th to the 31st at the Tokyo Big Sight.

Based on the catalogue pic shown above, the initial goods appear to be as follows:

As always, stay tuned to VNN for updates, and you can also read up on our previous reports of the Yuzuki Yukari Racing Project below!

For more on Yukari, check out VocaDB.

Hello! You can call me Marumain, and I serve as a translator between VNN in English and VNN in Japanese, translating articles between the two languages. I love pretty much every Vocaloid, though I consider MAIKA to be my favorite!
@MarumainElectro
Previous ONE Figure Open for Pre-order!
Next Racing Miku 2017 Key Visual Revealed at Goodsmile Racing’s Year-end Party