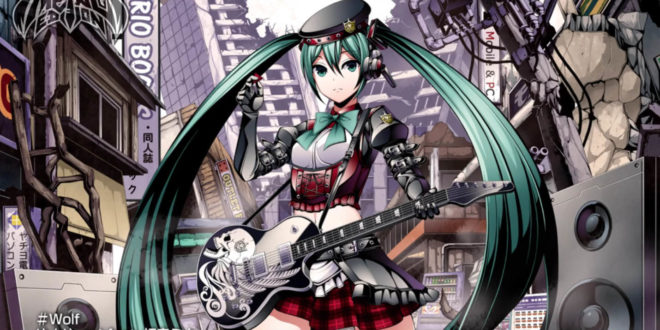 If you opened this article hoping to find images of Hatsune Miku donning knight armor and tilting at windmills, then sorry, but you won’t find those here. What you will find, however, is the latest info on the announced collaboration between Hatsune Miku and Japanese discount store, Don Quijote! 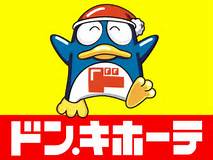 Don Quijote (often abbreviated as “Donki”) was founded by Takao Yasuda (born 1949), starting from humble beginnings as a tiny, one-story store called Dorobou Ichiba in the Suginami Ward of Tokyo in 1978. It opened its first wholesale store in September 1980 under the name Just Co., changing its name to Don Quijote Holdings in September 1995. They now have over 160 stores throughout Japan and are known for staying open late until about 3~5:00 AM, or even offer 24/7 service.

Don Quijote stores are also known for their “compact display (圧縮陳列)” layout of their goods for sale. This stems from how the original Dorobou Ichiba store was so small and unable to afford warehouse space that Yasuda had to cram and stack boxes full of merchandise in the store. These stacks of boxes would at times reach as high as the ceiling, and because their contents weren’t taken out of them, customers had to search high and low to find exactly what they were looking for.

This tradition was carried over into the larger Don Quijote stores when they opened. Under this “compact display” model, the store goods are crammed together in such narrow spaces that each store is a proverbial maze of merchandise. But far from frustrating customers, it turns each shopping trip in a Don Quijote store into something of a treasure hunt for their desired goods, and has become one of the store chain’s main selling points.

Another characteristic of Don Quijote stores is their mascot character, a penguin named Donpen, whose cute visage can be seen outside of every store location. Inside of each store, another special characteristic can be heard: the Don Quijote theme song “ミラクルショッピング(Miracle Shopping)” by Maimi Tanaka, played and looped in every store, and for which there are always CDs up for sale.

From April 22nd through May 28th, original HATSUNE MIKU METAL EDITION goods will be up for sale at the Don Quijote store in Akihabara! These goods will be based on the new Miku illustration provided by Torigoe Takumi (鳥越タクミ). Check her (and a bunch of pixelated, head-banging Miku’s and Donpen’s) out in the promotional video below!

Once you’ve picked your store of choice, check out the HATSUNE MIKU METAL EDITION goods that they will be selling! (Note that all prices are before tax.) 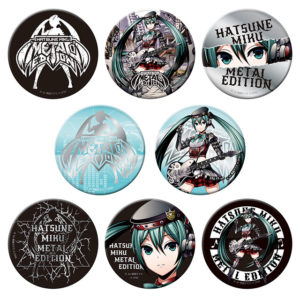 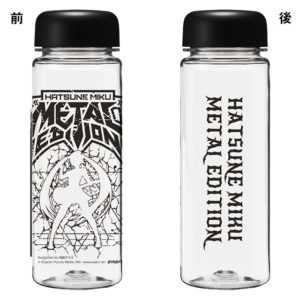 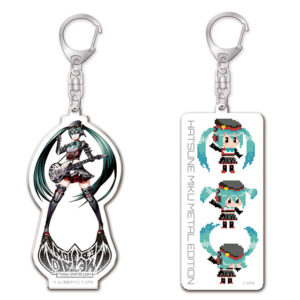 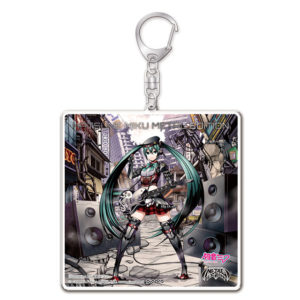 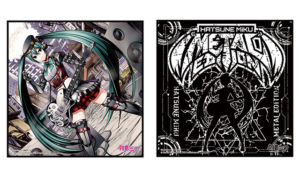 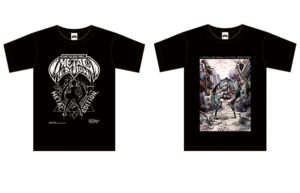 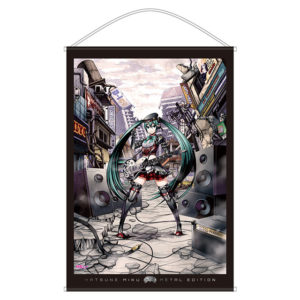 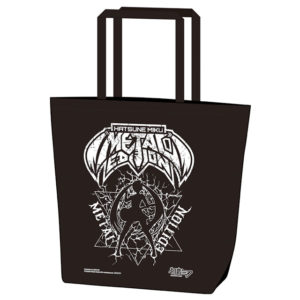 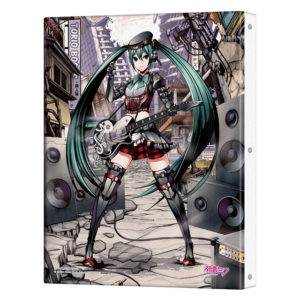 Finally, if you shop in the Akihabara store, then for every ¥3,000 JPY (about $30 USD) that you spend on HATSUNE MIKU METAL EDITION goods, you will get one of three different special can badges for free! Please note that they all have different availability dates and are handed out ONLY at the Akihabara store location.

In addition to goods, two new songs were also commissioned for the collaboration event! First up is the event theme song, titled “Wolf,” created by famed VOCAROCK producer Yuyoyuppe (ゆよゆっぺ), also known as DJ’TEKINA//SOMETHING. This is the song that plays in the promotional trailer, and you can hear the full version below!

Secondly, another well-known VOCALOID producer, tilt-six, was put in charge of creating — wait for it — the metal arrangement of the Don Quijote theme song, “Miracle Shopping!” Imagine this version of the familiar, happy-go-lucky theme song playing in stores!

Stay tuned to VNN as all the Hatsune Miku 10th Anniversary collaboration events continue to be revealed!

Hello! You can call me Marumain, and I serve as a translator between VNN in English and VNN in Japanese, translating articles between the two languages. I love pretty much every Vocaloid, though I consider MAIKA to be my favorite!
@MarumainElectro
Previous Miku Sings Studio Ghibli Songs in “Ghibli wo Utau!”
Next Two New “IA PARTY A GO-GO” Locations Announced!