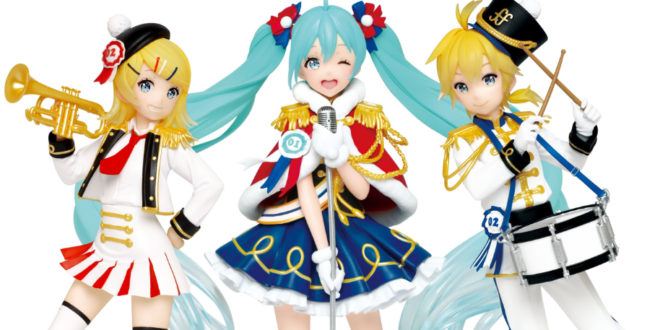 If you didn’t know yet, both Kagamine Len and Kagamine Rin: Winter Live Ver. Non Scale Figures are available for pre-order on Tokyo Otaku Mode. If you are like most of us and don’t live in Japan to get one, then now is your chance. 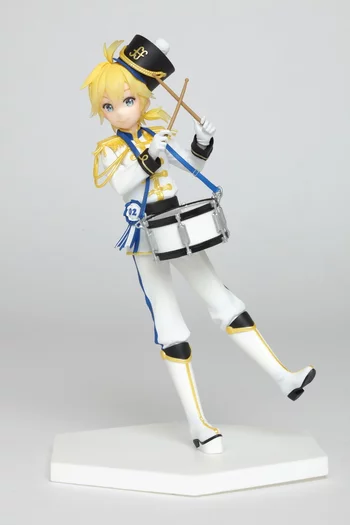 The figure is described as the following;

From Taito comes this affordable Prize Figure of Vocaloid Kagamine Len (Winter Live Ver.). He stands 7.1” on a white base in a winter marching band performance uniform as he readies his drumsticks before he takes a step and begins a beat. B’dum b’dum Tss~. Highlights include the metallic gold paint of his outfit, his clearly painted smiling expression, and his 02 rosette. 🥁

The figure is currently available for pre-order on Tokyo Otaku Mode for $19.99 USD regular price or $18,99 USD under TOM Premium Price and it is set to release in February 2020. If you would like to pre-order the figure, you can head over to Tokyo Otaku Mode here!

In case you’ve missed it, you can also pre-order the Rin version for the same price on Tokyo Otaku Mode here! Rin is set to release in January 2020. 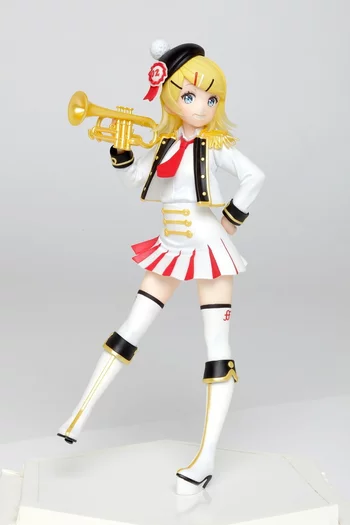 Rin’s version is described as;

Kagamine Rin holds her trumpet confidently as she marches along with one hand on her hip during a winter performance in her warm marching band outfit colored with metallic paint details. Measures 7.1”.

Unfortunately, Miku’s version is currently out of stock, so you will need to look elsewhere to get her, but you can find her on Tokyo Otaku Mode Here! 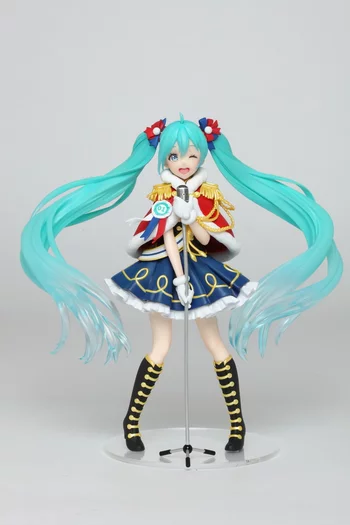 If you do happen to get any of these, send us your photos! We would love to see them!

A virtual singer lover with a dream of connecting the world of virtual singers together through VNN. Monds is also a huge rhythm game fan/player on his spare time.
@monds1234
Previous CeVIO CS7 Is on its Way!
Next Zhiyu Moke Birthday Celebration