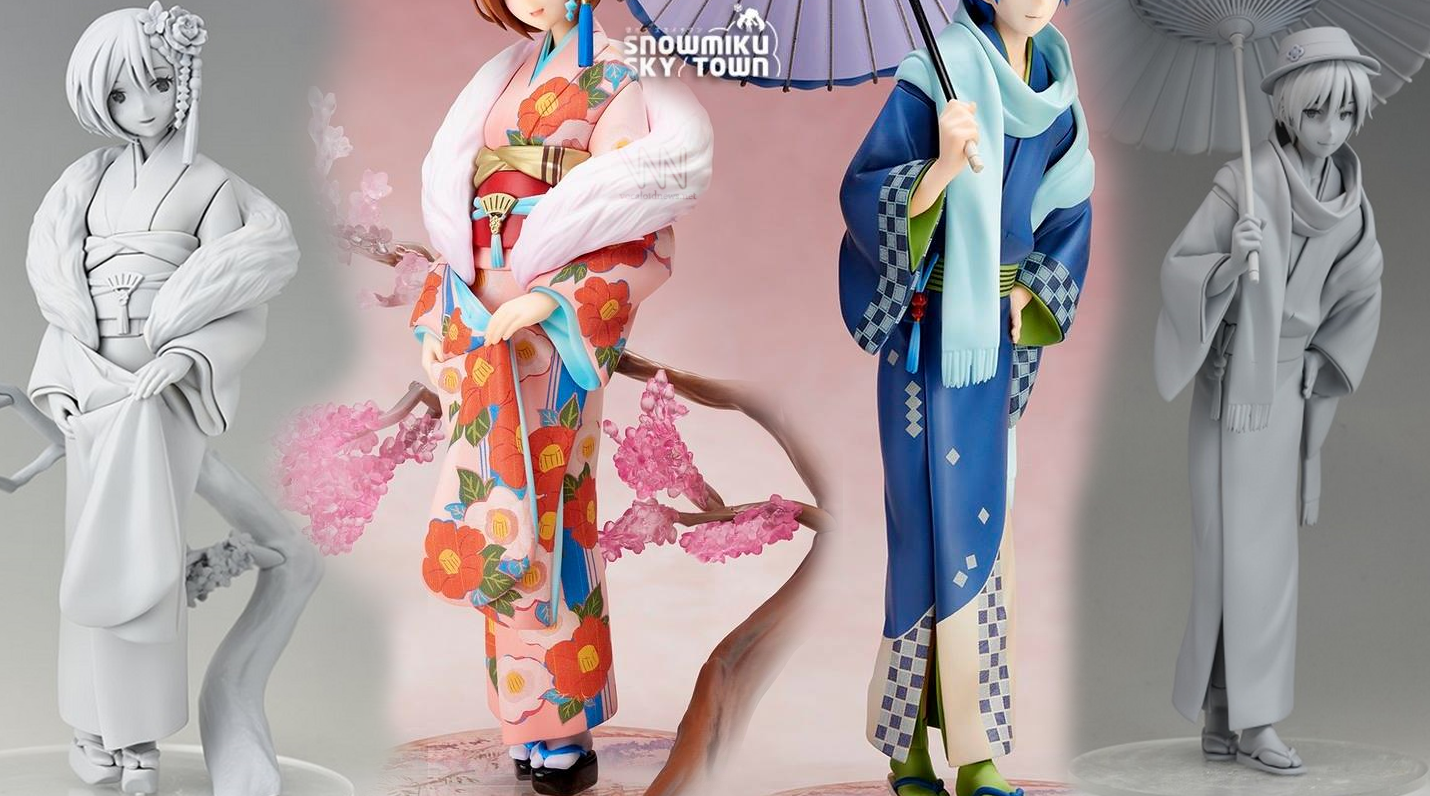 The Piapro blog uploaded galleries of the unpainted KAITO and MEIKO Hanairogoromo ver. prototypes earlier this week, but now we have teaser images of the painted prototypes as well! These teasers don’t show KAITO’s and MEIKO’s faces but do give a sneak peek into what these two look like.

The galleries for the unpainted prototypes showed the figures at various angles and gave close-ups of their faces. We covered these in a previous article along with the prices and order release dates.

These painted teasers show the full details of the bodies of the figures. With WonFes coming up in about a day, it’s likely we’ll see the full versions released at that time!

Remember that these 1/8 scaled figures will be the first ever scales of KAITO and MEIKO. While the two have received prize figures in the past and MEIKO is planned to receive a figma, these are the first scaled figures.

In addition, pre-orders will open up on July 29th and will be available until around September. For more information, please see our previous article. You can find the original upload of the figures here.

She's a huge VOCALOID fan, a figure collector, and an all around nerd. Hoshi's been in the VOCALOID fandom since 2008 and has been a hardcore VOCALOID fan since 2013.
@VocaHoshi
Previous More VOCAMERICA Kickstarter Updates!
Next Overseas Order Information for Rin and Len Dollfie Dreams Revealed!