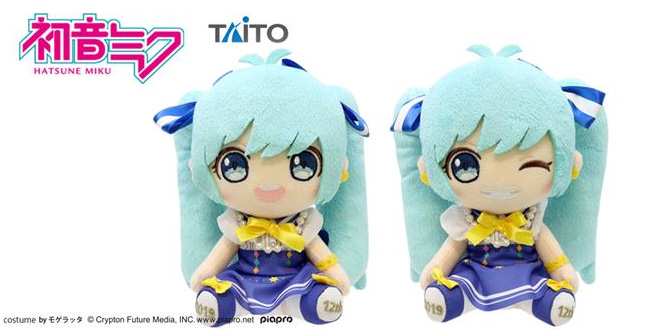 Waiting for TAITO’s Hatsune Miku Birthday 2019’s prize figure we talked about time ago to come out later this month? Why don’t we kill the waiting with an huggable version of Mogelatte‘s design in the meanwhile?

We all loved deeply this design back when it got revealed, and eagerly still wait for its release as prize figure happening this month. However there is still a bit of waiting for the prize figure to be released, so why don’t we look at its plushie version too? 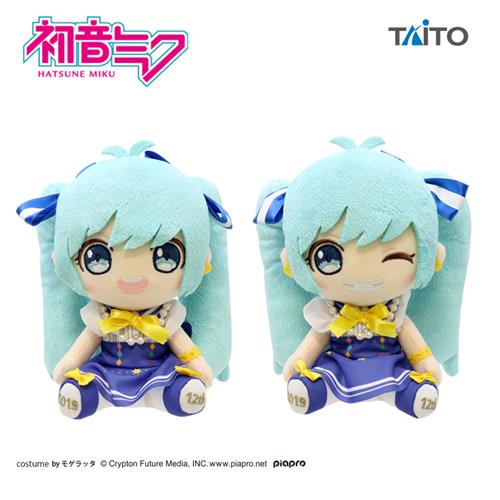 Adorable aren’t they? Those plushies are currently available through many Japanese games rooms! With a size of only 16cm and two different variants available, those fluffy mascots will make your waiting for the prize figure feel lighter!

Check out the product page on TAITO‘s website, there you will find a list with all of the game rooms you can find this plushie!

And if you cannot go physically to any UFO catcher machine in Japan, no worries! There are many apps that allow you to play with those machines and win the prizes online, and just like any other prize product it is only a matter of time before you can find them at some stores, too!

Don’t Forget About Her Figure!

But don’t forget about the prize figure you are waiting for of course!

Check its official product pages and prepare yourself to grab here once she is out!

While waiting for the prize figure and snuggling your new fluffy mascot, don’t forget about us and follow VNN to never lose track of virtual singers’ news!