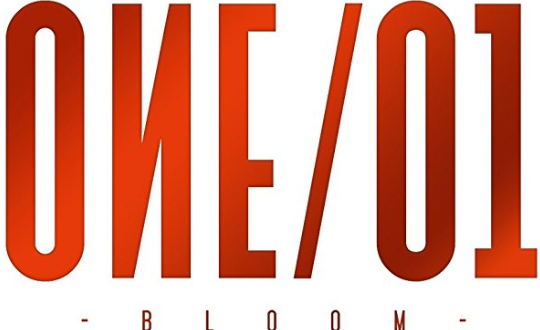 Monds is back with another review of IA.. wait no, ONE! Yes, this time I am here to talk about ONE’s newest album “ONE/01 -Bloom-“. If you guys have followed VNN’s review, you know that around this time of year I usually make my way to Otakuthon. Yes, I know this was in August but hey, its never too late to talk about ONE is it? With that being said, you know who else usually attends Otakuthon? None other than 1st Place themselves, and they never disappoint with their booth and merchandise. Which means that I cannot help but leave there with some sort of merchandise. Enough talking about me though, the highlight here is ONE and her album 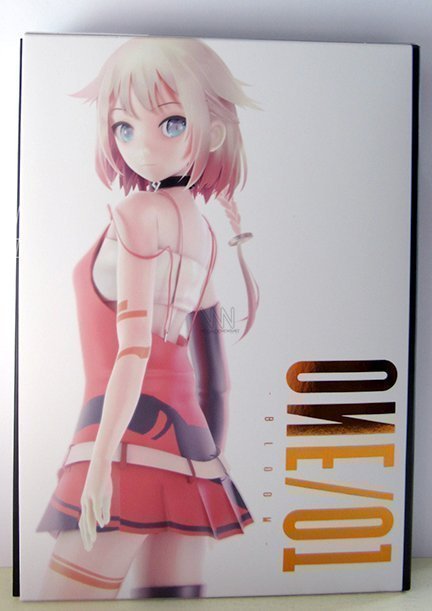 Let me just say this off the bat, from the few albums I own from 1st Place, one thing is guaranteed, there is always a varied compilation of songs and genres of music. I can almost guarantee that  90% of you would be hard-pressed to say that there is not a single song on any of the albums that you do not like. I assure you that the ONE album is no different.

The album starts with one of my favourite ONE songs “ミライ(Mirai, Future)”. You know when the album starts with this song from ATOLS, you are in for a nice ride through music lane. Moving on through the songs, I was not let down with my previous statement either. Right after this epic ATOLS song, it is followed by “Citrus” which also tingles my senses. What better way than to have the second song on your album be an electronic and upbeat song to get your blood pumping! Of course, any form of electronic music is generally up my alley so this was a given for me.

Moving on to the third song “前夜 (Zen’ya)”, 1st Place stopped and said, wait a minute, lets turn the dial the other way a bit. And indeed they did, this song has a jazzy tone to it, although jazz is not my favourite choice for music, I always appreciate it when I hear it. Moving on to “星の後日談(Hoshi no Gojitsudan, Future Star)”, this one is a bit different, it does have a bit of a jazzy feel to it as well but at a much faster pace, I can appreciate that very much.

Next in line would be “LOVEマシーン(LOVE Machine)”, lets be honest here, we couldn’t have an album without some sort of reference to love now could we? Well, of course not! Don’t worry though, this is not a slow and sad feeling song, so, if you are sensitive to those type of songs, you have been saved! For now… Fast forward to “おねがいダーリン OИEgai Darlin’, ONEgai Darlin'” I see what they did there, they went from a love reference to darling… why not? Hey, if the song is good, there is nothing wrong with a bit of love in an album! Once again, another fast paced one. Within the song there is some sort of talking going one which is great to showcase ONE’s speech, however, I do not know Japanese, therefore I cannot say too much on the matter.

Speaking of not knowing Japanese, “カピパラではなく、カピバラです。Kapipara de wa Naku, Capybara desu., It isn’t ‘Kapipara’, but ‘Capybara’.” This is where it’s mostly ONE speaking and I once again cannot speak on behalf of what is being said, it has more of a RAP feel to the song. So yes, it is a song and I quite enjoy it. ONE talking is always cute no matter the situation.

Next on the volume dial is “てるみい(Tell Me)”, that is exactly what I am doing is telling you about this album! This one actually features 3 vocals on here, IA, IA Talk and ONE, a great combination to showcase the two of them together. In case you are wondering, there is a fair amount of speech on this album, which is never a bad thing, this song specifically gives it a live feeling.

Now if you got this far and are telling yourself “wait a minute there Monds”, don’t tell me you are here to tell us how great fast paced and upbeat songs are? I sort of am? However, don’t worry, this is where we turn the dial down all the way to 2. What do I mean by 2? We have a slow song for those of you who prefer these. I mean, you could probably have a nice little waltz to this song if you wanted to, its quite fitting. The next one is “延命治療 Enmei Chiryou” This one is nothing new to IA fans as this is a cover from Neru and was originally sung by IA. With that being said, ONE’s cover does the song justice and will not disappoint.

We are almost at the end of the album with “アウターサイエンス(Outer Science)”. Now, unlike the previous song, this is not a cover but a remix. At the beginning of the song it sounds like we are getting ready to head in an epic battle of huge proportions. Don’t let it distract you from how good this song is though, because it isn’t long before this song turns into a bit of dubstep and then transitions into some rock, which is sure to please a good amount of you out there. You might want to crank the bass on this one though, let me tell you, the bass is not lacking in this song.

And to finish things off, we have “Into Starlight” as the last song of the album, do I need to say anything about this song? If you have not listened to it yet, then you need to go to YouTube right now and listen to it! Just kidding, you can click below and I will have it linked to make it easier for you.

Of course as is often the case with these albums from 1st Place, it also includes a DVD with some good stuff on it. First thing you can find on these are the instrumental versions of “ミライ(Mirai, Future)”, “Citrus” with IA’s vocals as well as  “おねがいダーリン OИEgai Darlin’, ONEgai Darlin'”, “カピパラではなく、カピバラです。Kapipara de wa Naku, Capybara desu., It isn’t ‘Kapipara’, but ‘Capybara’.” and  “延命治療 Enmei Chiryou”. Although these are not of any use to me, I know for a lot of you these are great to have.

Next in line is 3 music videos of  “ミライ(Mirai, Future)”, “てるみい(Tell Me)” Which includes IA and ONE sporting their TEAM ARIA and TEAM IA outfits. 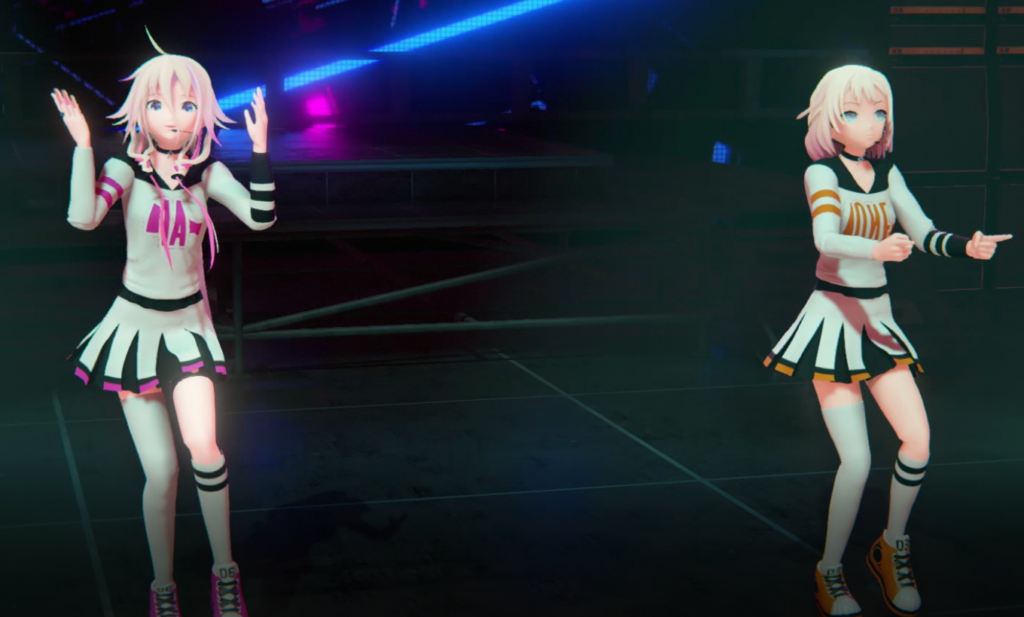 There is also the music video for “Into Starlight”. Let’s be honest, who doesn’t like nice HD videos to go with great songs featuring IA and ONE? I mean, I know I don’t. To finish off my review, the last thing on the DVD is “ARIA STATION -ARIA ON THE RADIO-“, which, once again, I do not understand Japanese and I do not see any English subtitles so I can’t comment too much on this front. I can however, sit here and listen to their cute voices for 12 minutes and 4 seconds, which is quite relaxing. Before you ask, I did not actually do that…or maybe I did? You shall never know!

Finally, the album also includes 3 ONE postcards, a booklet with the lyrics for the songs(Japanese) and a merchandise leaflet.

Of course, I could not leave Otakuthon with just one item, I also picked up an IA shirt to go along with the rest of my IA and ONE shirts. This time, I got the TEAM IA shirt, as much as I wanted the team ONE shirt to go with my ONE album, for now, I chose the team IA one. I will get myself the team ONE shirt in the future, I assure you that! Stay tuned! I will say that this shirt is another nice one and I cannot emphasize enough how comfortable these types of shirt are, the material is soft and the colours are vibrant. Makes me wish all my shirts were as comfortable as these that I wear on a daily basis.

PS: They are not.

When I say this is a nice shirt, I mean it, it’s a nice shirt! If you don’t believe me, let’s put it this way, while going through airport security in Montreal with my shirt on the way back home, the security guard on the other aisle, not even the one on my side, stopped and shouted at me that I had a nice shirt. Yes, I am not making this up, the security guard stopped for a moment to tell me they liked my shirt! Now if that doesn’t say something about the shirt, then I don’t know what does.

You can read about my review of Otakuthon from last year here, where I review more IA and ONE merchandise. You can also check out my review of IA/03 Vision and Lia’s collection album here.

Stay tuned to VNN for more!

A virtual singer lover with a dream of connecting the world of virtual singers together through VNN. Monds is also a huge rhythm game fan/player on his spare time.
@monds1234
Previous VOICEROID 2 Tohoku Itako Reservations Open!
Next RUBY Illustration and Design Contest Announced!