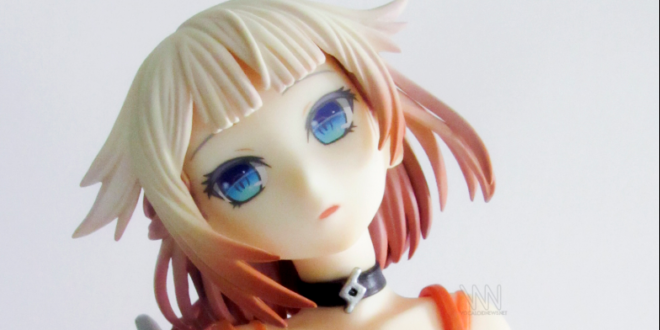 I (Monds) recently received the first ONE figure and will be doing a review for those of you who are still uncertain on whether you should purchase her or not.

To start, I will say that my first concern was her pose. Naturally, a figure that is leaning and only held by one point tends to lean more over time. This can take quite some time to happen though and not something you need to be immediately concerned about, there are also ways to fix this anyways. If you live in a warm area, it might speed up the process a bit, but the figure is quite light-weight so it should not be a big problem. I would not let this get in the way of wanting the figure.

With that out of the way, let’s get to good stuff! 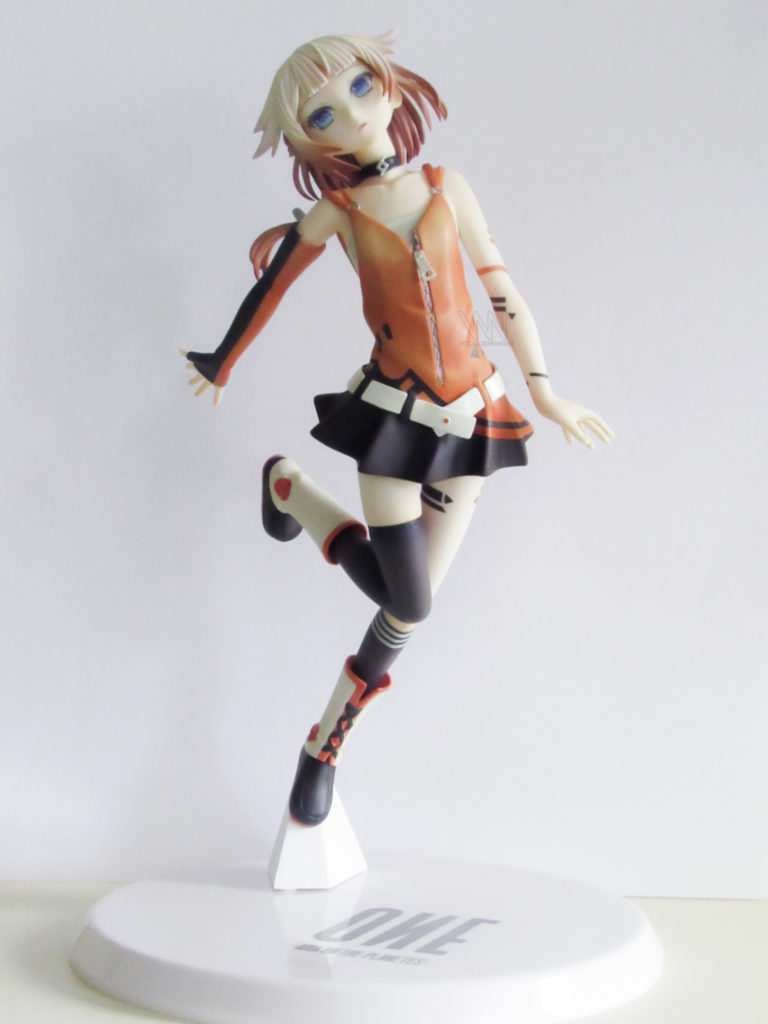 The figure itself is based off of her original box art, and they did an amazing job at replicating this. 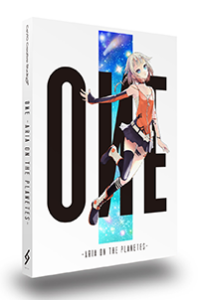 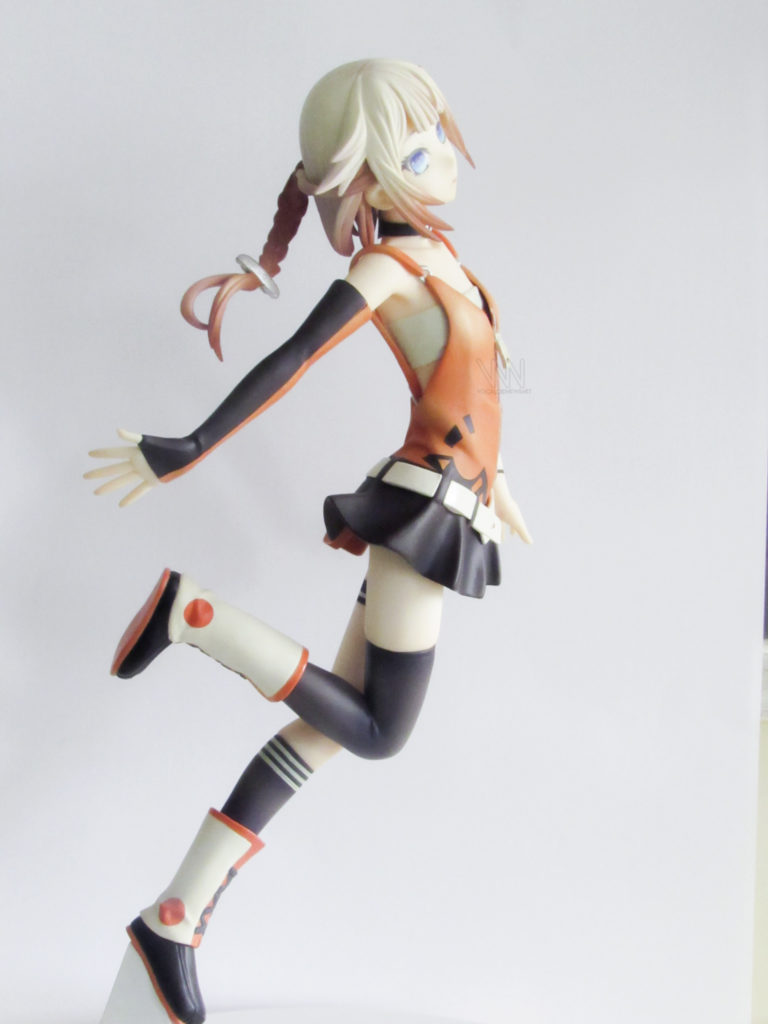 The figure itself is very well sculpted and every detail on the artwork is also on the figure. From the lines on her arm to the lines on her shirt, everything on ONE is there and clear. They have even gone as far as to make the paint lighter on her chest as to replicate the light reflecting on her in the box art, a very nice touch I must say. 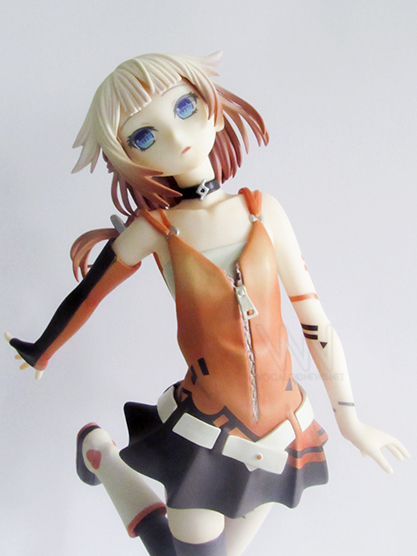 The paint is very vibrant and matches ONE’s colors as they should. The base has a stamp with “ONE -ARIA ON THE PLANETES-” on a white base. I like where they put the stamp; it’s almost as if she were to land from her jump, she would land right in the center of it. 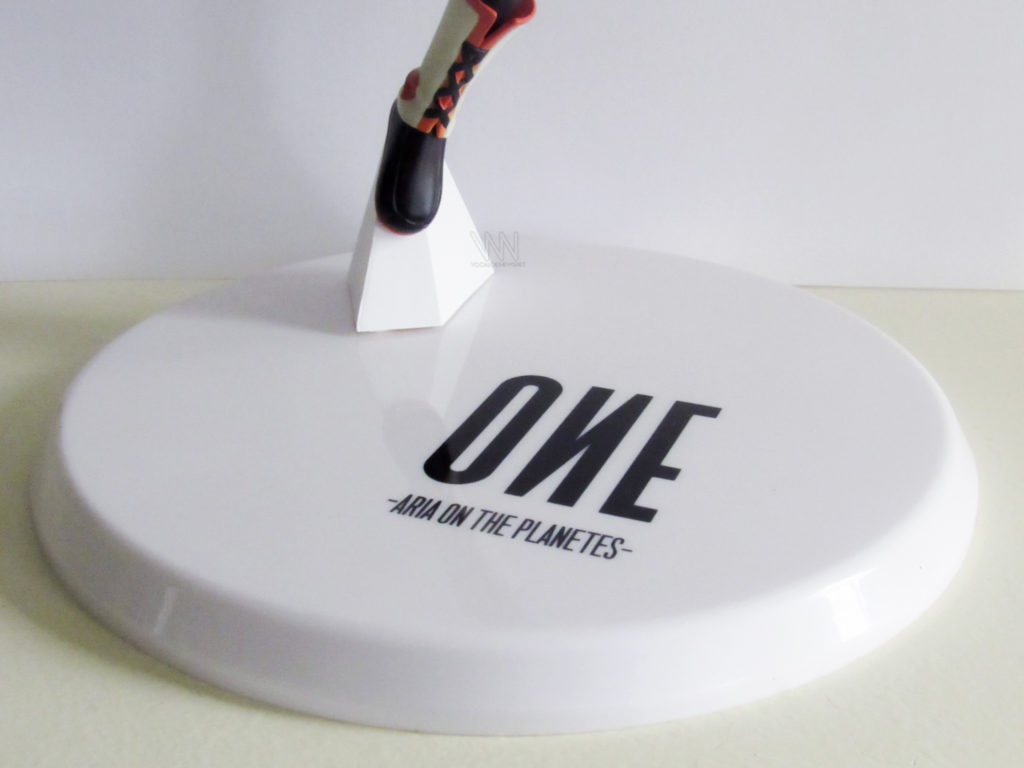 I honestly have very little complaints about this figure; everything is replicated very well.

If you purchased from AmiAmi, you would receive a phone case that is made universally for most recent smartphones. The case also has the ONE box art image on it and is actually very well printed. I would not be too worried about it fading out or rubbing off by bringing it around in your pockets or purse, especially if you take out your phone and put it away quite often. 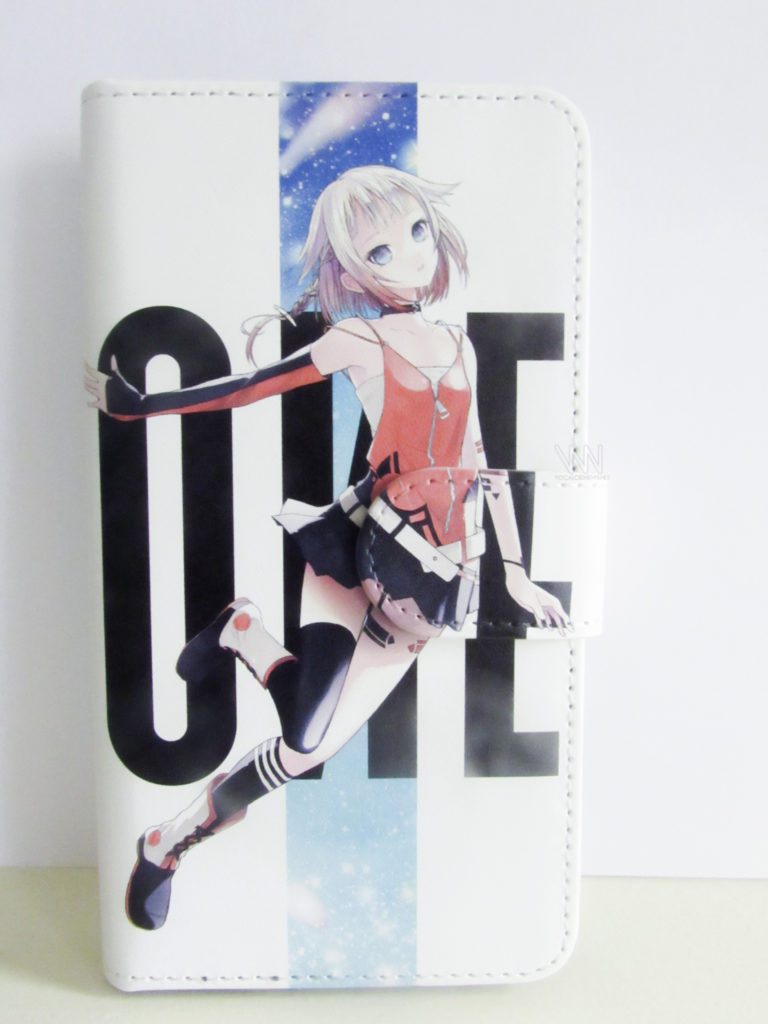 The phone case is closed by a magnet, not the most effective way of ensuring it does not open, but I do like how the strap was made to match the image behind it. 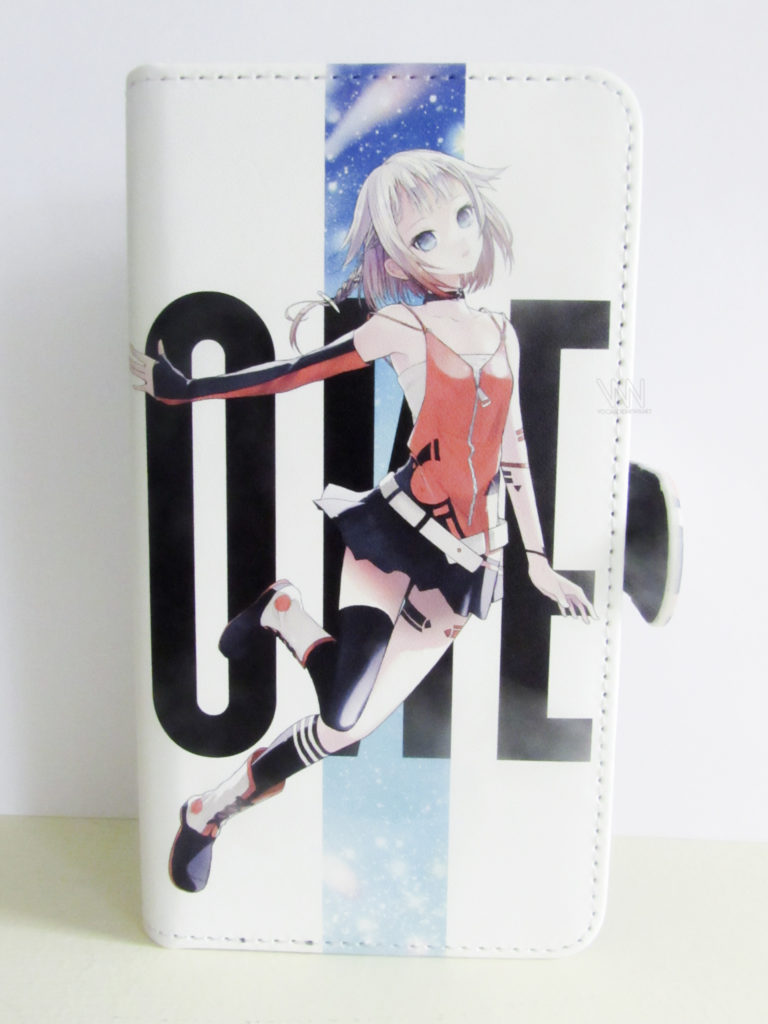 Inside, you have two card slots if you’d like to carry around some cards with you on the go. 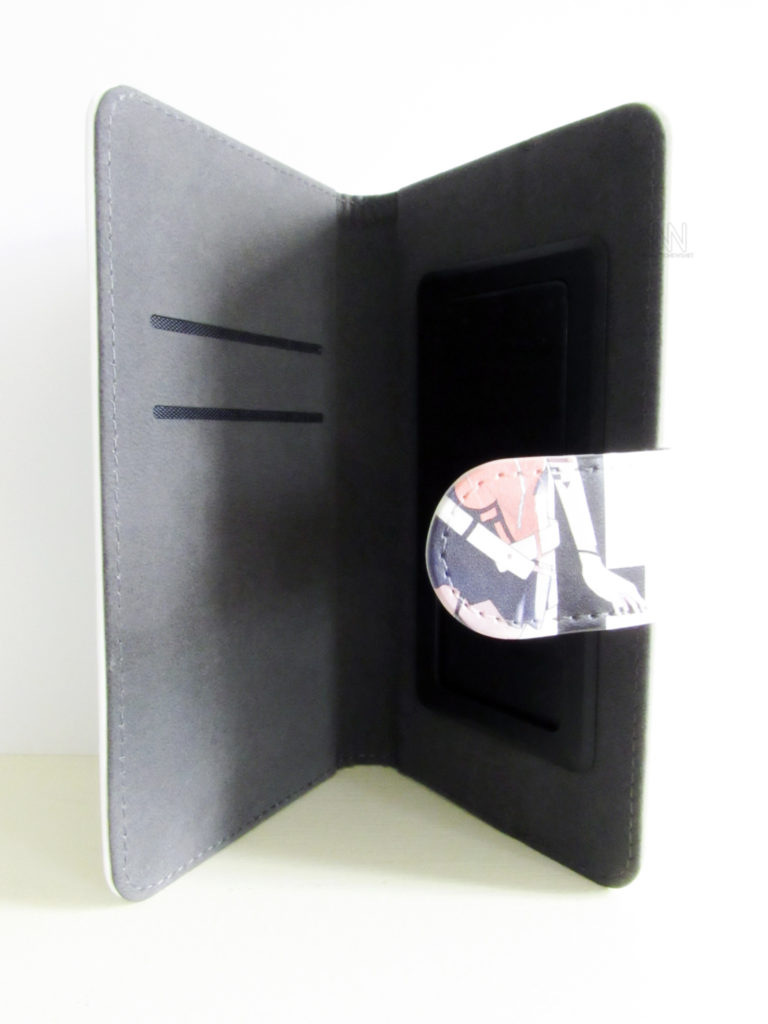 It’s a fairly tough and sturdy case as well, so it would definitely protect your phone if you were to drop it. 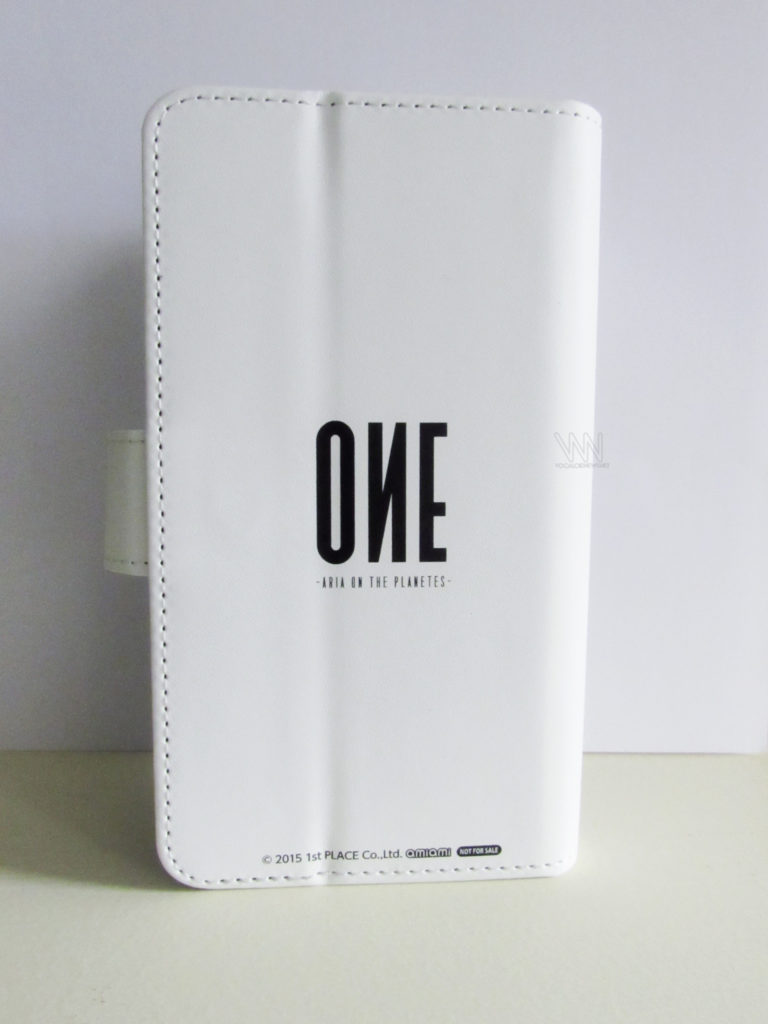 Overall, I would definitely recommend this figure to any ONE fan out there or even figure collectors! It is a beautiful figure to add to your collection.

Although it appears to be sold out in some places, you can still purchase the version with the phone case on AmiAmi for ¥12,960 JPY ($115 USD) and on Tokyo Otaku Mode for $126.99 USD without the case.