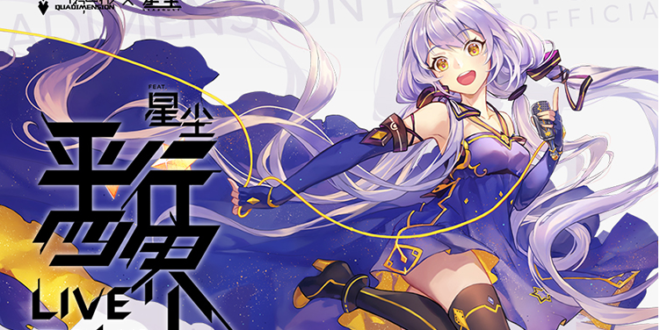 We had previously announced an upcoming album for Stardust among all of her live news. We have some good news for those who have been waiting for the album! It is now available for pre-order on Taobao. The album title this time around is pretty straight forward, titled “Quadimension Live Tour Official Album” in preparation for their upcoming live concert on December 30th.

You can pre-order the album here. 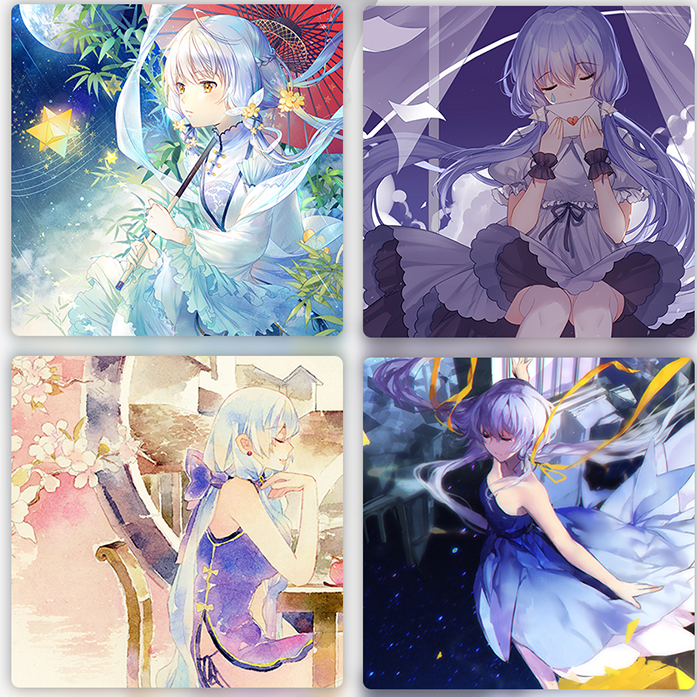 There are several tiers to purchasing the album as shown below: 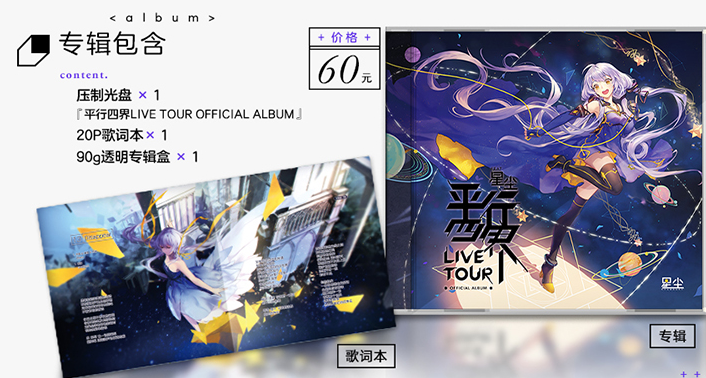 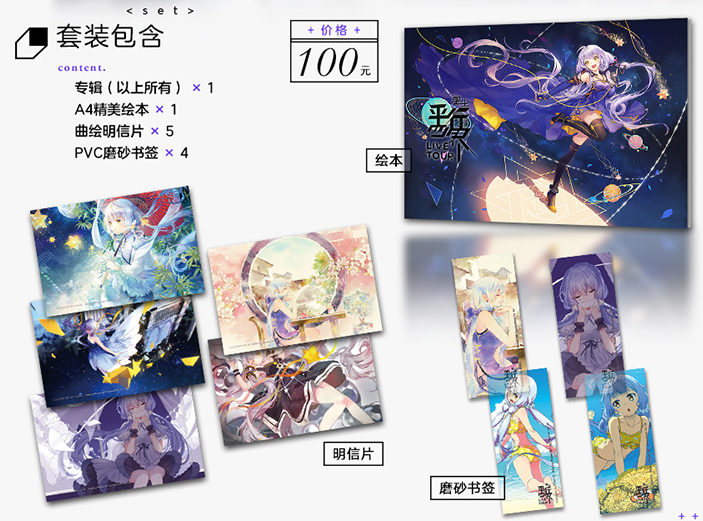 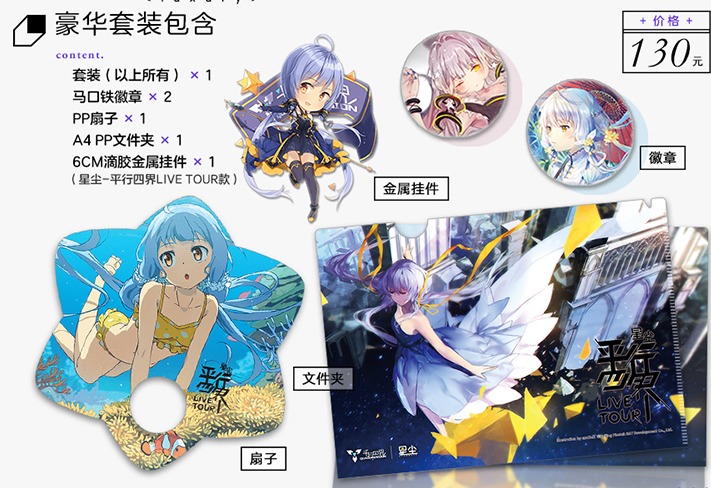 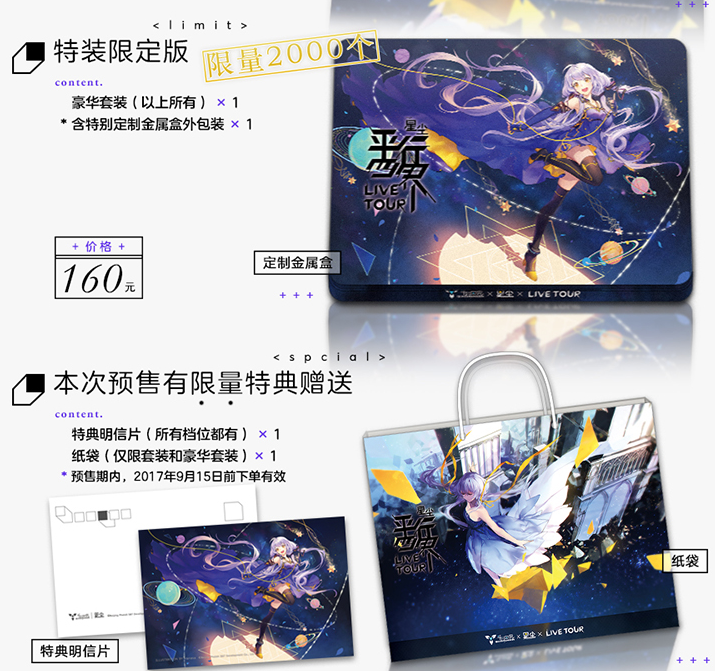 If any of the above interest you, you can purchase the album here.

A new song has just been uploaded to their YouTube channel as well!

A virtual singer lover with a dream of connecting the world of virtual singers together through VNN. Monds is also a huge rhythm game fan/player on his spare time.
@monds1234
Previous VNN’s Otakuthon And IA Live Recap!
Next Goods Detailed For Hatsune Miku X NewDays Collaboration, JR East Design Revealed