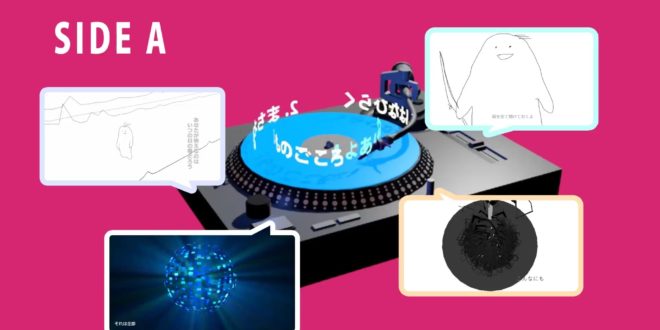 Reserve Your Copy of airbabe’s First Album on Vinyl Record!

airbabe is a Japanese producer of original UTAU songs who will be releasing their first official album… on vinyl record!

That’s right. On the Qrates crowdfunding site, you can now support airbabe by reserving your copy of their 8-track album entitled “Monogokoro (ものごころ)” on vinyl for ￥2,500 JPY (about $23.50 USD). Your copy will then be shipped to you once the crowdfunding comes to an end, which will happen once it reaches 100 orders!

Check out the teaser trailer below!

The trailer can also be watched on Niconico here.

About the Crowdfunding Effort

The Qrates crowdfunding page for “Monogokoro” can be found here. When you visit it, you will be able to listen to the full version of airbabe’s song よあけまで (Yoake Made). The album will feature 8 songs sung by the UTAUs Namae no Nai Ko, Nizimine Kakoi, Number Bronze, and ORIGAMI-I.

A total of 100 copies of the vinyl version of the album are available, and the crowdfunding project will conclude once all 100 copies are reserved and shipped out to their buyers. You can click here to see how much it will cost to ship to your country. Those who reserve a copy will even be able to download HQ digital versions of each of the 8 songs contained in the album.

At the time of this article’s writing, there are 90 remaining vinyl copies.

airbabe explains, “I wanted to create something that would reach a broader customer base, one that doesn’t usually listen to VOCALOID music. Even if this crowdfunding doesn’t end in success, I would still like for more people to know that it happened at all, so I hope everyone reading this can help spread the word on this project.”

For more information on airbabe and their works, check out the sites below, and stay tuned to VNN’s YouTube channel for official uploads of the album songs!

Hello! You can call me Marumain, and I serve as a translator between VNN in English and VNN in Japanese, translating articles between the two languages. I love pretty much every Vocaloid, though I consider MAIKA to be my favorite!
@MarumainElectro
Previous Snow Miku To Support Hokkaido’s 150th Anniversary Project
Next For Fans By Fans Celebrates Miku Day with 39% off Miku Merch and More!