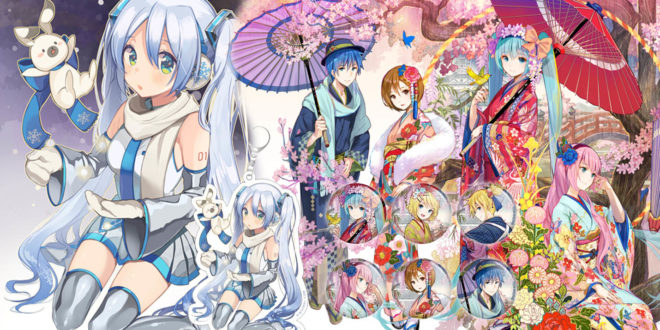 Niconico Chokaigi is in full swing with more VOCALOID news than you can count! Not only are there tons of big announcements but also some smaller ones as well… such as the one coming from the Snow Miku Sky Town booth.

The Sky Town booth sold various Snow Miku Sky Town exclusive goods. While they mainly focused on popular items, two new items were unveiled at the event. You can find a full list of the items sold here. Everything from notebooks to coin purses, and phone charms to plushies were available. The huge selection would definitely make it feel like you’re actually at the Sky Town store in Hokkaido!

First is the beginning of a new series using the “Snow Light” Miku illustration by Shigure Ui. The first item for the series is an adorable acrylic key chain! This was the first time any fan could purchase this Sky Town item, which actually made its debut at the Niconico Chokaigi event!

It retailed for ¥1,000 JPY or about $9 USD. This is marked as the price for the event, so it’s unknown what the Sky Town price will be. 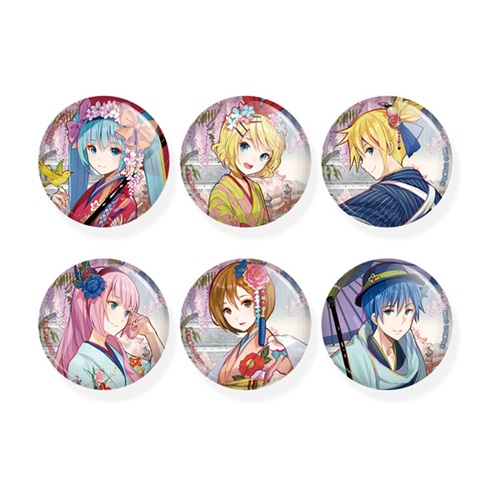 The second debut items were can badges featuring the Hanairogoromo illustrations by fuzichoco.

The 44 mm badges were only available via a gashapon style purchase. You would pay ¥300 JPY for a badge, and the one you received was random. You weren’t able to pick which one you wanted.

However, there was a mention of box purchases not being available. So there may be an option to purchase the whole set once the items are released in Sky Town.

When Will They Be Available?

According to the Piapro blog, both of the new items will be available in July. So if you’ll be near Sky Town in July, be sure to stop in and grab the new Snow Miku goodies!

She's a huge VOCALOID fan, a figure collector, and an all around nerd. Hoshi's been in the VOCALOID fandom since 2008 and has been a hardcore VOCALOID fan since 2013.
@VocaHoshi
Previous Welovefine x Hatsune Miku Fan Forge Announced!
Next “Hatsune Miku 10th Anniversary” Goods to Appear in Molly Fantasy, PALO, & Sega Limited!