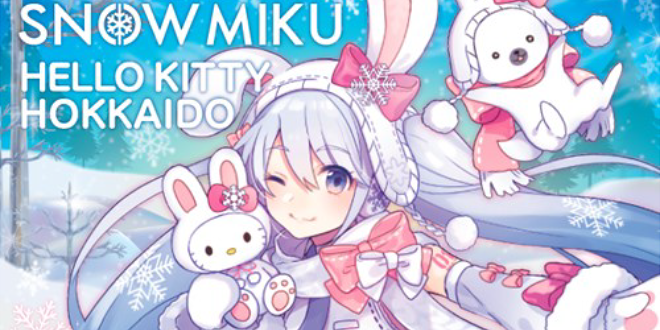 A Hello Kitty related Twitter account specialized in local tourist merchandise (known as Gotochi Kitty) tweeted out some sweet goods based on an illustration made by artist Saine-san.

First up is a multi-case filled with candies. These come in two flavors, strawberry milk and cider. In addition, it is accompanied with a carabiner, allowing you to attach it to your bag.

These will be available starting from July 12th, priced 550 JPY each.

Tin can with Rhinestones

Shortly after, the same Twitter page announced a tin can embedded with rhinestones for putting gum in.

There’s two designs available and they cost 500 JPY per can.

Those will be available starting July 19th!

You will find those goods at New Chitose Airport and Hokkaido’s souvenir shops!

Lune☯n has been a fan of Vocaloid and MikuMikuDance since 2010, spends most of the time playing video games, watching anime and uploading covers with a variety of VOCALOID to YouTube.
Previous SEGA Opens Twitter Poll For Arcade-Style Hatsune Miku: Project Diva Controller
Next Fans Celebrate Sonika’s 10th Anniversary with Sonikafest!