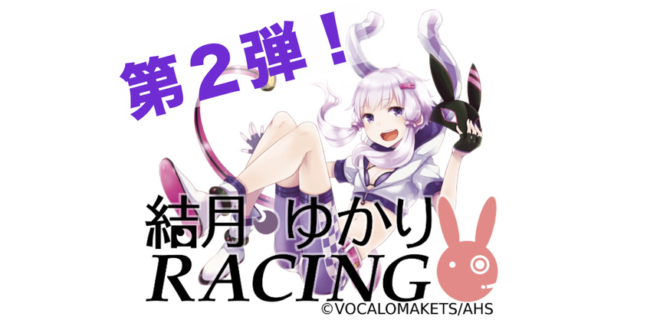 The Yuzuki Yukari Racing Project had an absolutely action-packed 2017. Fans of Yuzuki Yukari quickly fell in love with this new brand new take on the beloved VOCALOID and VOICEROID character from VOCALOMAKETS and AHS, and helped the project’s first crowdfunding effort on Readyfor reach its ￥2,000,000 JPY goal in just four days, eventually capping it off by raising more than double that amount! 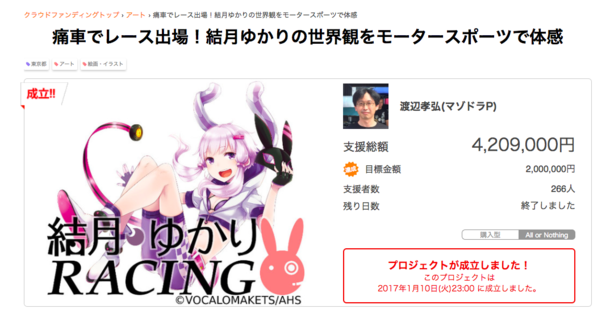 Since then, the project has never stopped moving or growing. After unveiling the Yukari Racing itasha at VOCACON in 2016, the project and its members have competed at the Tsukuba Circuit, participated in the Winter ComiKet of that year, appeared in a Hagane Orchestra video game collaboration, competed again in the Motegi Championship Cup Race, made appearances at the Itasha Heaven, Niconico Cho Kaigi, and Koetsuki events in 2017, participated even more in the Winter and Summer Wonfes, the Summer and Winter ComiKet, and the [email protected] [email protected] events of that year (where they also received their theme song), and finally topped the first year off by competing in the final round of the 2017 Super Taikyu season!

In short, the first year of life for Yuzuki Yukari Racing was practically overflowing with events and excitement! Granted, it would have been less anticlimactic if the rain hadn’t caused them to crash during the final Super Taikyu race, and have to retire from the race halfway through. But, in spite of that unfortunate accident, project organizer, Takahiro Watanabe, was still incredibly grateful for the chance to race, for their participation attracted a lot of media attention. He thanked all the fans and supporters who helped the Yuzuki Yukari Racing Project get so far in 2017, and promised to work even harder in 2018.

“We’re back from the Asano Racing Service garage to talk about our 2018 plans.
It’s our pleasure to report that all the support that we’ve been shown will continue on into 2018 as well.
We’ll soon be assessing what must be done to fix her up.
Still, the fact that the driver wasn’t hurt in this awful driver-side crash was a mini-miracle.” 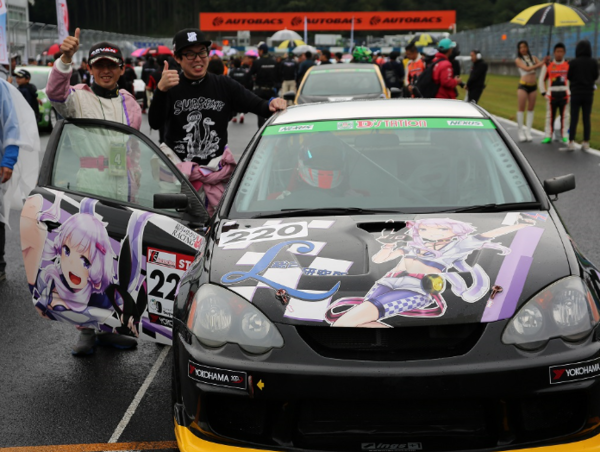 Of course, in order to continue the project into 2018, they will need funds, and that’s where the 2nd Yuzuki Yukari Racing crowdfunding campaign comes in!

Click here to check out the new crowdfunding page on Readyfor.

Thanks to the first crowding funding effort, the Yuzuki Yukari Racing team was able to compete in the Super Taikyu, create and sell all sorts of Racing Yukari merchandise, and even meet fellow Yukari fans. Hearing their words of encouragement and support has been a great source of strength and inspiration for the whole team.

Now, in order to do it all again in 2018, another crowdfunding effort is now underway! There are two main goals for the money raised through this year’s effort:

First, the team will need to fix up the Racing Yukari itasha to race again after the aforementioned crash. The funds raised through the crowdfunding page will be used to pay Asano Racing and J.I.O Create to repair the vehicle and redo the decals, and then will be used for continued maintenance and practice runs.

Their ultimate goal is to take another shot at the final Super Taikyu race this November 3rd and 4th at the Okayama International Circuit, and make up for last year’s unfortunate result. Watanabe also plans on competing at the Sportsland SUGO on April 28th and 29th, learning from the past experience and making this year’s Super Taikyu a victorious one for Yukari!

Outside of racing, the whole team had an amazing time meeting with fellow VOCALOID and VOICEROID fans at the many events that they attended last year. It brought them great joy to see so many people become interested in racing thanks to their activities. They hope to create even more opportunities to meet with such fans, and even give them the chance to ride in the Racing Yukari itasha.

Their second goal with the money raised in the crowdfunding effort is to continue making Racing Yukari merchandise. Having more goods to sell would enable them to attend more events and give fans more of what they want, both in the form of the racing spectacle, and in the form of merch that they can purchase. 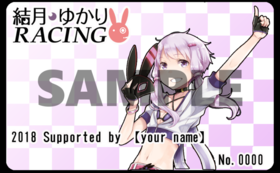 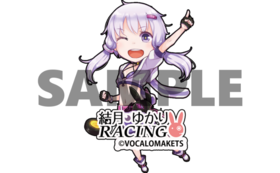 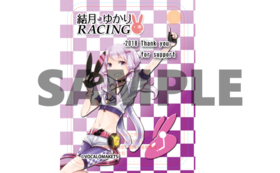 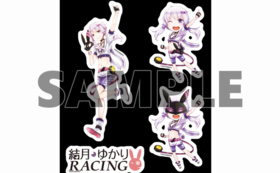 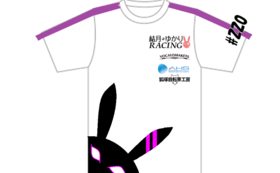 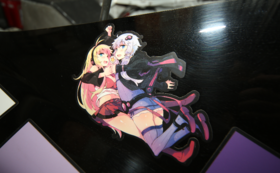 No amount limit.
Donate and claim this reward here! 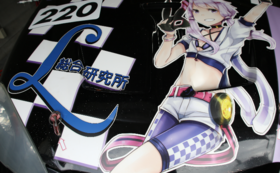 ※Limited to 3 individuals (3 remaining at the time of this writing)
Donate and claim this reward here!

※Limited to 1 individual (1 remaining at the time of this writing)
Donate and claim this reward here!

Hello! You can call me Marumain, and I serve as a translator between VNN in English and VNN in Japanese, translating articles between the two languages. I love pretty much every Vocaloid, though I consider MAIKA to be my favorite!
@MarumainElectro
Previous VOICEROID2 Kizuna Akari Nominated for a Vector ProRegi Award!
Next Miku Crossover Confirmed for Crash Fever Global!