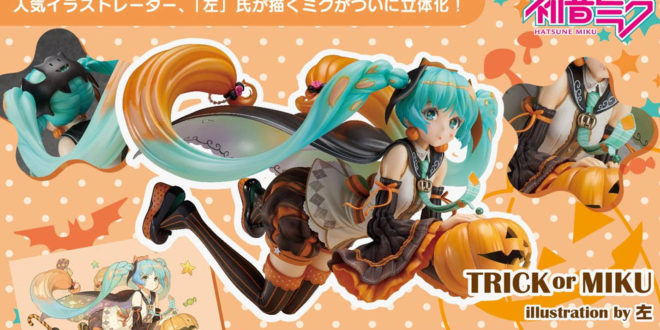 Fans following the Atre Akihabara and Miku collab are well are of the goods available. But did you know the store has a sneak preview of a new Miku figure as well? It was first revealed as an unpainted prototype at Winter Wonfes 2017. Since then, all we knew was that it had an October 2017 release date… until now! Finally, the painted version of the “TRICK or MIKU” has been shown. And, in addition, pre-orders are open!

This figure is based on the “TRICK or MIKU” illustration by Hidari. 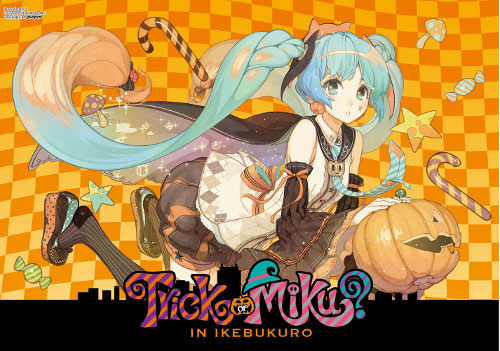 She’s absolutely stunning and definitely a must-have for Miku lovers! Her suggested retail price is ¥17,064 JPY (about $153 USD) though, so she’s definitely on the higher end of Miku figure prices. 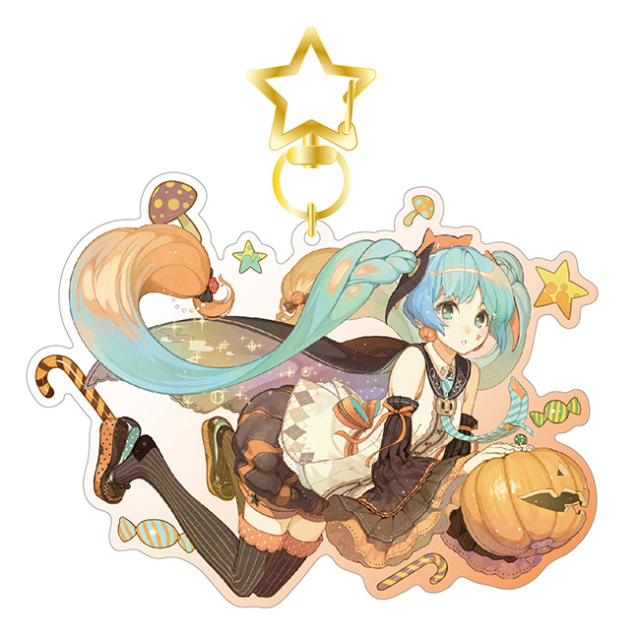 She's a huge VOCALOID fan, a figure collector, and an all around nerd. Hoshi's been in the VOCALOID fandom since 2008 and has been a hardcore VOCALOID fan since 2013.
@VocaHoshi
Previous “Hatsune Miku 10th Anniversary” Goods to Appear in Molly Fantasy, PALO, & Sega Limited!
Next Napoli-tan’s Voice Actress and Official Song Revealed!