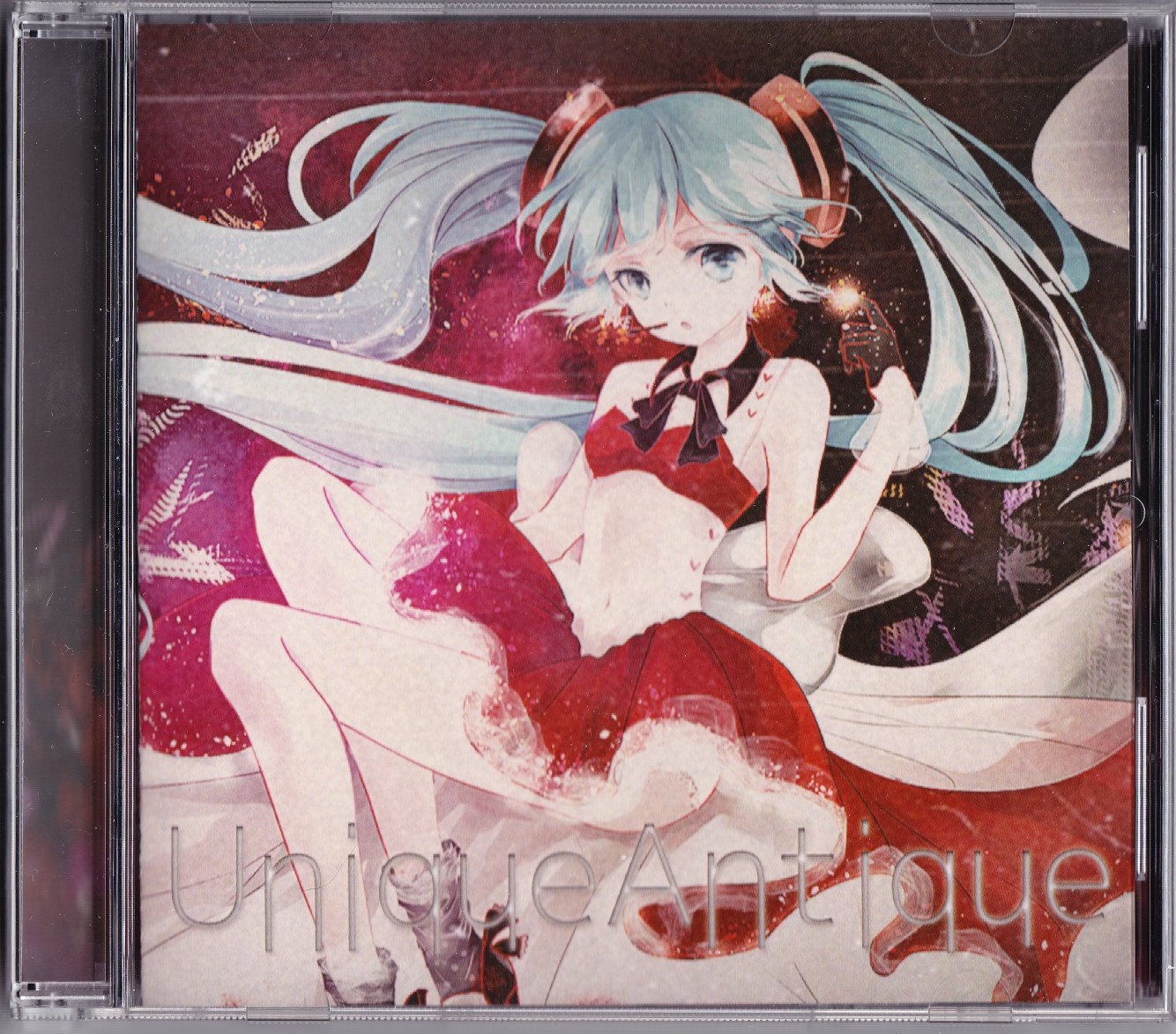 Yunosuke is a producer from Japan who mostly does EDM and has been uploading music for roughly a year. I recently purchased Yunosuke’s first album “Unique Antique” and was not disappointed.

The album has a variety of 11 great tracks and an intro that covers many sub-genres in the EDM category. The variety makes it feel like a various artist album, when in fact it is the same artist. The first time I listened to this, I was very intrigued at how every song was a surprise and it got me excited to hear the next song. I never got the feeling that I was listening to the same rhythm over and over throughout the entire album.

Yunosuke also uses more than one VOCALOID. The song “DANCER” uses Kagamine Rin while “ARIA” is composed using Kagamine Len. Most of the album is Hatsune Miku. However, it also comes with two bonus tracks that don’t use VOCALOID, and those are also great tracks on their own.

The physical copy includes the lyrics (Japanese only). It also comes with a nice full sized jewel case with some high quality prints.

The cover art is very beautiful; it sets the tone for the album very well and was made by よつば, who also does the artwork for several of Yunosuke’s videos. Check out her pixiv to find some more great artwork.
(This artist asks that their work is not reprinted. We have obtained permission from them to share their work. Please do not post this image anywhere without their permission.)

Two of the songs on the album “DANCER” and “Iの証明”  can be found on his YouTube channel. The upbeat music mixed with the synthesized sounding voice makes for a great blend.

The album can be purchased digitally on Amazon and iTunes. If you prefer a physical copy, you also have the option to purchase it on Alice-books. Interested in a sneak peak at what is in store on the album before spending that money of yours? Then you are in luck; Jrharbort Productions was allowed to upload a cross-fade of his album. Check it out!

If you are looking for a great VOCALOID EDM album with plenty of variety, then this album is for you. You will most certainly want to listen to it several times over. You can find out more about Yunosuke here.

A virtual singer lover with a dream of connecting the world of virtual singers together through VNN. Monds is also a huge rhythm game fan/player on his spare time.
@monds1234
Previous The Road to Producers: An Interview with EmpathP
Next VOCALOID 4 YueZheng Longya Approved! Fans Can Recommend a Voice Provider!