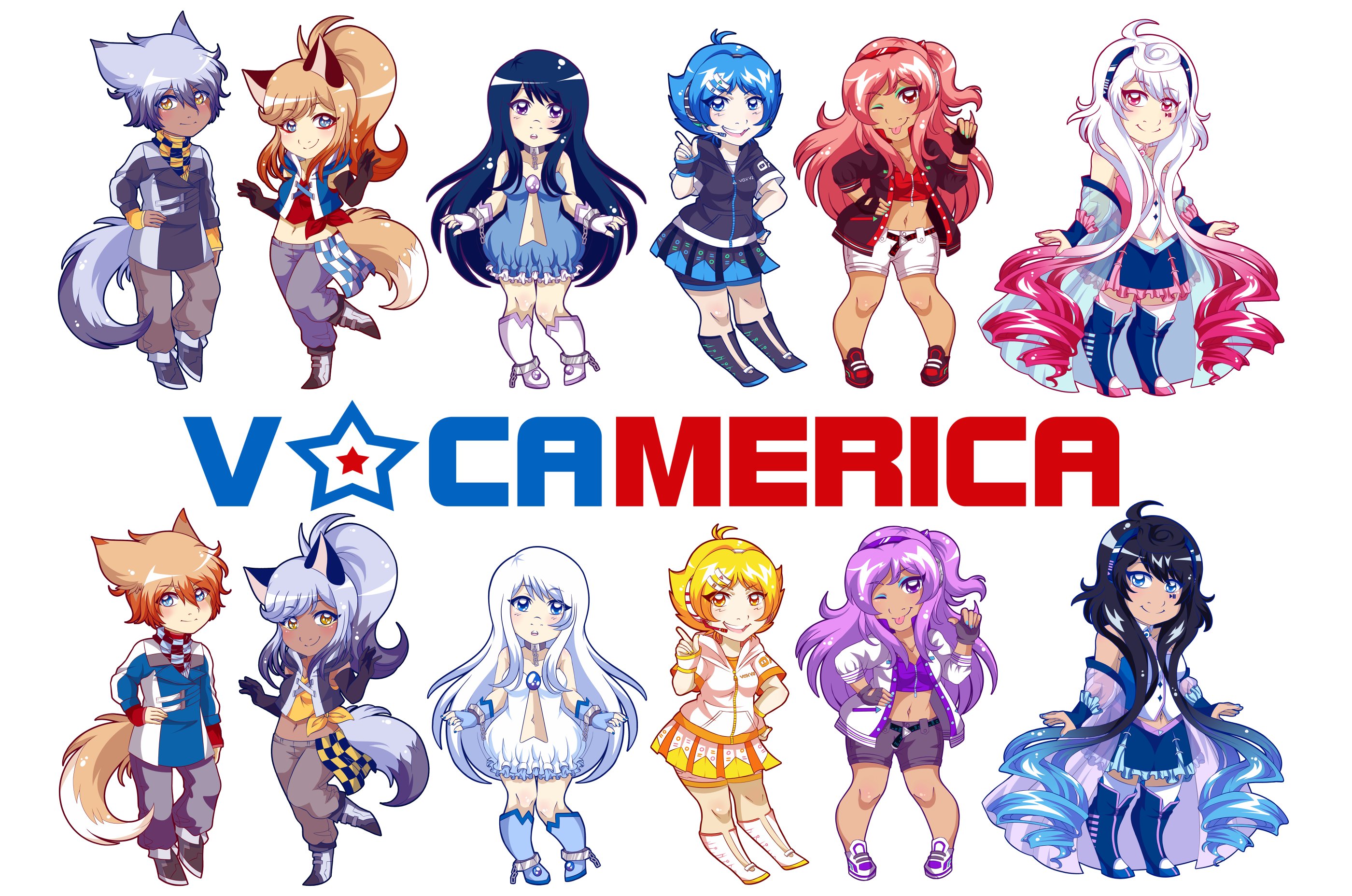 The VOCAMERICA Kickstarter is just a little under $100 USD away from its $10,000 USD stretch goal. This goal will unlock OLIVER and, after that, we’ll be $4,000 away from unlocking all of the stretch goal performers! EmpathP is already preparing for the OLIVER stretch goal but has also released a few other VOCAMERICA updates.

“Ultimate Keychain Reward Package: Not interested in CDs or T-shirts? Do you just want to collect as many keychains as possible? With this reward, in addition to the digital rewards #2 package, you will obtain every single keychain produced for VOCAMERICA. This means you will get 6 normal keychains of our VOCAMERICA performers, plus 6 additional keychains of the kickstarter-exclusive designs. You will also be eligible to obtain all the stretch goal related keychains we produce. (includes additional shipping charges)” – VOCAMERICA Kickstarter

This package is for those who just want the keychains. Several fans asked about such a possibility, so EmpathP made it happen. This tier includes all of the keychains, their Kickstarter-exclusive versions, and any extra keychains unlocked in the Kickstarter. It costs $100 USD.

“Ultimate Keychain Reward package: in addition to all the rewards from the Diamond package, you will receive the remaining keychains of our VOCAMERICA performers, plus all the kickstarter exclusive designs. You will also be eligible to obtain all the stretch goal related keychains we produce. (includes additional shipping charges)” – VOCAMERICA Kickstarter

This $220 USD tier not only gets donors all of the keychains but also everything from the Diamond Tier which we covered here.

If you help #VOCAMERICA reach $10k, anyone who pledged $15 or more gets an Avanna & Oliver Keychain bonus! pic.twitter.com/NrisO2QaHk

While it was originally stated that all the other stretch goal performers needed to be unlocked for more keychains, this has since changed (for the better!). Once $10k USD is hit, the OLIVER keychain will be unlocked! Anyone who pledges $15 or more will receive both OLIVER and AVANNA as special gifts.

After OLIVER, the next stretch goal is $12,000 USD for YOHIOloid and then $14,000 for SONiKA, both of which will receive keychains when their stretch goals are hit.

Wait a minute…who is this? And what do they have to do with #VOCAMERICA?! You will find out soon…;) pic.twitter.com/UaftcrwCr5

While EmpathP hasn’t directly stated who this character is, many are guessing it’s the UTAU from the $1,000 USD reward tier. The character won’t be announced until the end of the Kickstarter, however, so stay tuned for more updates!

There’s just a little over a week left before the VOCAMERICA Kickstarter closes. Fans can donate at the Kickstarter by following this link or by checking out the widgets below and on VNN’s sidebar.

She's a huge VOCALOID fan, a figure collector, and an all around nerd. Hoshi's been in the VOCALOID fandom since 2008 and has been a hardcore VOCALOID fan since 2013.
@VocaHoshi
Previous VOCALOID News Network Mascots Revealed
Next KAITO and MEIKO Hanairogoromo Ver. Details Revealed!