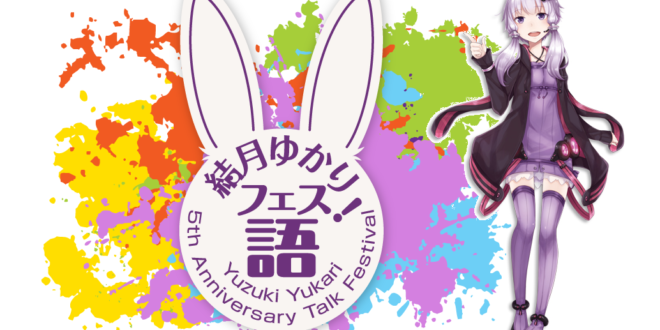 While “YUKANADE” was a concert event celebrating Yukari’s existence as a VOCALOID, “YUKATARI” will be a talk event that also celebrates Yukari’s existence as a VOICEROID. Throughout the event, well-known users of Yukari’s VOICEROID software on niconico will be appearing as distinguished guests, and demonstrating its use through gameplay videos and more. Announced details are as follows (note that all times are JST):

Following the main event will be an after-show birthday live stream event hosted by Ginji Ibushi, entitled “Ibushi’s Marsh,” which is expected to conclude at 10:30 PM.

・コウノス (Kounosu), creator of the “Yuzuki Yukari Is Hungry” series of food videos

Unfortunately, all of the event tickets were sold out after the very first day of going on sale.

When more details for “YUKATARI” come to light, VNN will be sure to report on them!

Hello! You can call me Marumain, and I serve as a translator between VNN in English and VNN in Japanese, translating articles between the two languages. I love pretty much every Vocaloid, though I consider MAIKA to be my favorite!
@MarumainElectro
Previous More IA Merchandise Available on Tokyo Otaku Mode!
Next Two More “Zunda Horizon” Character Voice Banks Released!