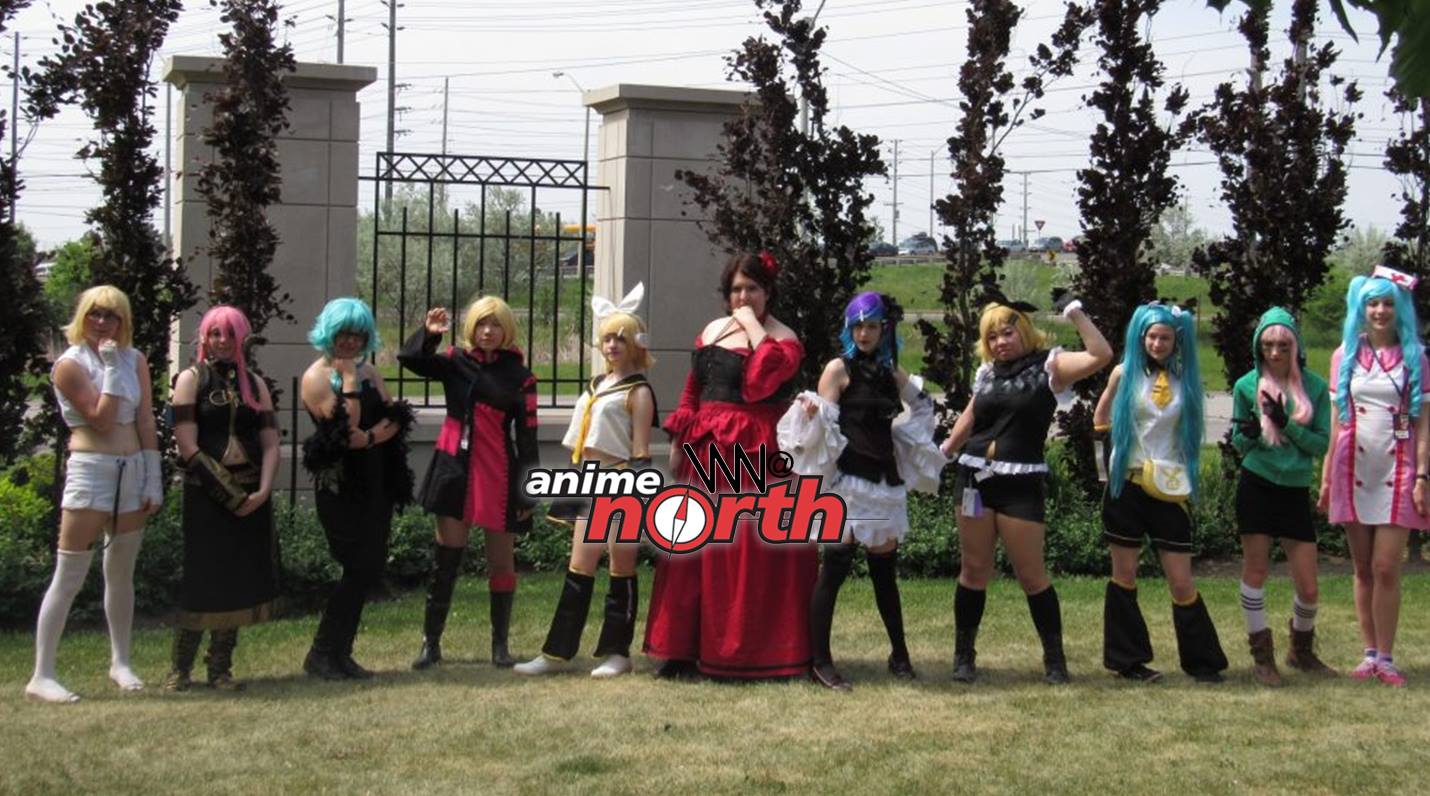 During the weekend, I (Monds) spent the bigger part of mine at Anime North, and let me tell you, I had a great time at this event! Anyone who can attend should definitely try to do so next year. Although I spent over 30+ hours at the convention with very little sleep over a period of three days and was exhausted, I would and will do it all over again. Of course, that’s what cons are all about, are they not? That being said, let’s go over my experience during the convention. 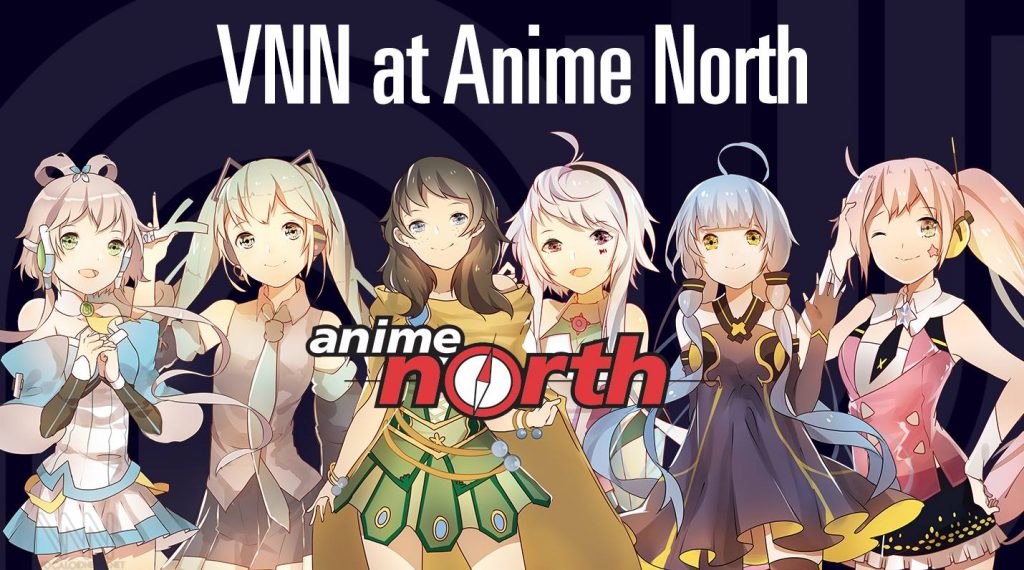 Although Kotori could not make it due to an unfortunate event, I led the panel by myself. Of course, that didn’t stop my excitement once I got to the panel door and saw a long line of people ready to come see my panel. Due to being the only VOCALOID panel at Anime North, I wasn’t sure how much interest it would get — however, it exceeded my expectations. The panel room was filled, but unfortunately, not everyone was able to make it in. The subject of our panel was “The history and culture of VOCALOID”, and I figured it would be a great subject since a lot of people aren’t familiar with the vast amount of VOCALOIDs out there, let alone how it all began. Here, I discussed the beginning of the software, the rise in popularity of VOCALOID, and the beginning of Hatsune Miku, as well as where VOCALOID is today, multiple languages that VOCALOIDs can sing in, plus a sample of each one. I also threw in some interesting facts along the way. Lastly, the panel ended with a little Q&A during the last few minutes. I had some pins to give away for which the entire room got up for pretty quickly to get theirs. I guess people loved them since all of them were gone by the end of the panel! 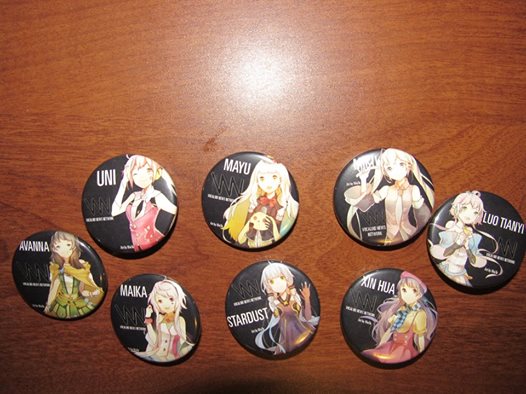 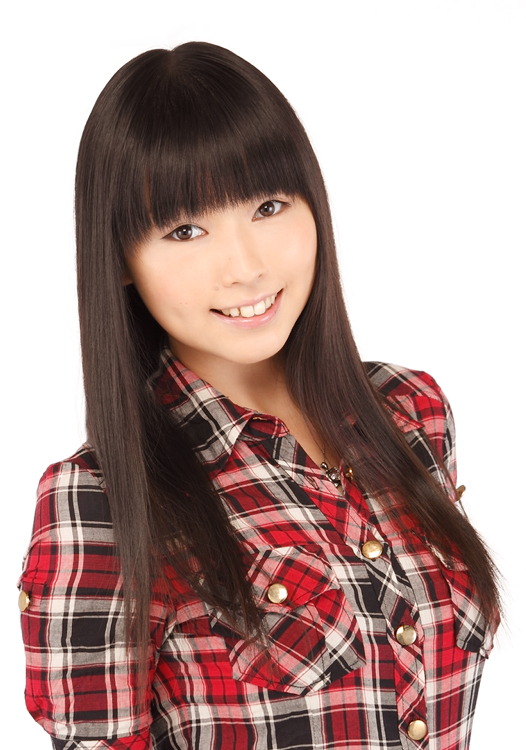 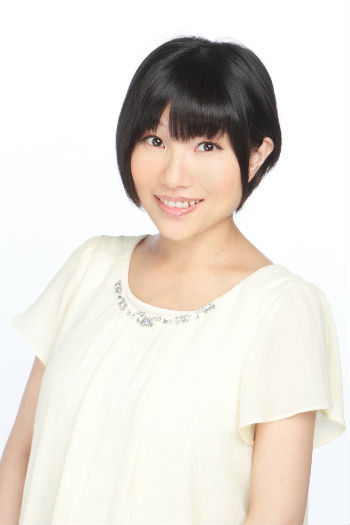 During the weekend, there were three panels featuring Asami Shimoda and Akiko Hasegawa, both of which who are voice actresses for “THE [email protected] “. Asami is known for being the voice provider of Kagamine Rin and Len as well. They had very limited autograph and photo sessions during the weekend, so due to the amount of demand for these, limited tickets were given early in the morning. If you didn’t have a ticket, you had to wait in line after the ticket holders to get yours. Even so, you may or may not have gotten in anyways, only if there was time afterwards. This meant that not many were fortunate to get theirs and there were long hours of waiting for a chance to get a signature or photo if you had no tickets. People lined up for tickets as early as 2 to 3 AM even though it was only opening at 10 AM!

That being said, this was to be expected for such famous guests. It seemed that Friday had the least amount of people waiting, so thankfully, I was able to get a signature from Asami Shimoda and a photo taken with both of the actresses. Due to restrictions on social media, I am prohibited to post the photo session with them on this article, but I can show you guys the autographs. Keep in mind that Asami had attended Anime North the previous year but not Akiko, therefore the demand for her was higher.

Asami seemed very happy when I showed up with the Rin plushy for the photo shoot, as well as when I got her autograph on Rin’s head that very same day. She spoke a few sentences in Japanese using Rin’s voice while holding the plushy and said “thank you”. It was great hearing the voice actress voicing her own character in person. She even felt a little bad for signing on the back of Rin’s head. When I went back to get my Len signed on Sunday due to me forgetting to bring it the first time, she did remember me bringing Rin and this time did the same in Len’s voice. You could tell she was very proud of Rin and Len.

I attended all three of their panels on Friday, Saturday, and Sunday. Due to their popularity within “The [email protected]”, the majority of the questions were concerning that series, but being a VOCALOID website, I am here to speak about Asami Shimoda mostly. Of course, Akiko had some great questions from fans, and some great and funny answers as well. However, we will stick to the VOCALOID side of things. I got the chance to ask Asami a few questions myself about Rin and Len. Let’s move on to the questions, shall we?

Question #1: How was your experience doing the voice recording for Rin and Len, mostly Len due to being male?

Asami: “Being a voice actor doing different voices makes it easier to be capable of doing different voices. There isn’t much difference between the two — Rin is more similar to my normal voice while Len is my voice in lower tone. Anyone can do it if you just practice and try. You should try it!”

(She said I should try giving it a shot myself in which case I attempted to do Rin’s voice, but of course I didn’t do a very good job as anyone at the panel would also agree. It made for a good laugh, however.)

Question #2: When you were asked to voice Rin and Len, did you expect them to be this popular later on?

Asami: “I was surprised when I came to Canada and seen all the cosplays of Rin and Len. Whenever I see them, I just want to go and take a picture with them! I seen two cosplayer’s outside the panel yesterday (Friday) and was hoping they would be at the panel. They were not.”

Question #3: How was your experience recording Rin and Len?

Asami: “The first time recording the two was 9 years ago; each of them took about 5 hours to record. V4X took over 30 hours to do the recording of each. I had to pronounce the English very well for recording. I had an English teacher beside me making sure I pronounced it well. Some words I had to sing in a melodic way over and over in different tones.” (She used “airport” for an example and said it in several different tones.) “Sometimes, I would do this for hours over and over to get it right, since I had to have a really good pronunciation for recording and that was very hard.”

Conventions are full of all kinds of great cosplays, but once again, I was here for the VOCALOID ones and those are what we will focus on here. When I wasn’t waiting in line for Asami and Akiko for a signature, photo, or panel for several hours, I was going around the convention looking for some VOCALOID cosplays. There were also three photo shoots during the weekend for only VOCALOIDs, but I missed the one on Friday due to being at the Q&A and such. I did, however, get to be at the ones on Saturday and Sunday.

I took many photos, but I wont post every single one of them here since some are fairly similar. That being said, I believe I have at least one of each cosplay I found. Also, being in such a big place meant that I most likely missed some good ones. I apologize if I missed any of you, but I tried my best! For those of you who are wondering, I did make sure that all of these cosplayers knew that I was going to post these on this website. And now, here are the cosplayers I found during my weekend below.

Other Things of Interest

During the event, many other things where happening aside from what I have mentioned above — panels related to anime, the culture, and much more. The dealer room and artist alley had plenty of merchandise and wonderful art to choose from by many great artists. Outside there was food, ping pong, and a stage playing music for a good portion of the night. One song in particular I found to be funny was a hard-style remix of the famous “Just do it!!” video. I also attended a maid performance where the performers danced to several songs. These included the Sailor Moon theme, “Happy Synthesizer”, and a song from THE [email protected]

Basically, there’s something for everyone here!

Lastly, I would like to thank Anime North for giving me this opportunity, the fans I met during the con, all the new people I met, the cosplayers, those of you who showed interest in our panel, and everyone else who made this a great experience for the weekend. I hope to see you all again here next year! Until then, we will be attending other conventions throughout the year. Hopefully, I or the other staff members of VNN will see you there. Stay tuned for our future con announcements!

A virtual singer lover with a dream of connecting the world of virtual singers together through VNN. Monds is also a huge rhythm game fan/player on his spare time.
@monds1234
Previous IA at Fan Expo Dallas Details Revealed!
Next More “IA PARTY A GO-GO” Locations Announced!