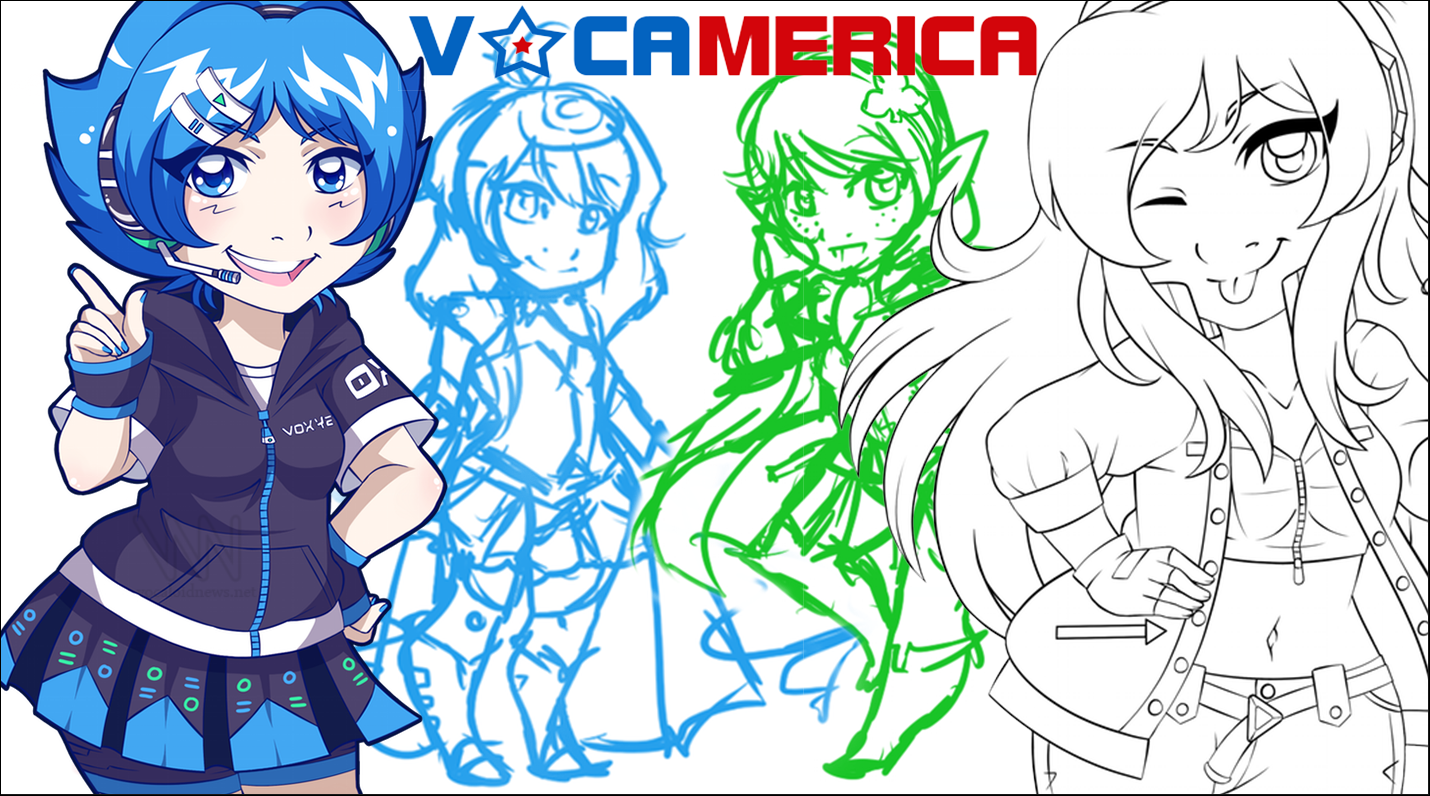 The VOCAMERICA Kickstarter has reached its $8,000 USD goal, unlocking AVANNA for future concerts. In addition, the $8k goal unlocked the special Kickstarter-exclusive Elf AVANNA keychain for everyone who donates $15 USD or more. With AVANNA reached, the next stretch goal is $10,000 for OLIVER! Before that, though, are lots of updates from the Kickstarter.

“We’ve done it everyone! We’ve reached out AVANNA Stretch Goal far before the deadline of Friday the 16th. That means that everyone who has pledged $15 or more will get the kickstarter exclusive AVANNA Elf Keychain!

Let me make you another deal. if we are able to reach ALL our performer stretch goals, I will make a keychain for all of our additional VOCALODs, and every pledger who has backed $15 or more will get these keychains.

Now, just to clarify, these bonus keychains of AVANNA and the others might be shipped separately from the original 6 performer awards, simply because we need to make sure we get the main performers’ merch finished first. Hopefully we can get them all manufactured at once, but if for whatever reason we can’t, and I need to ship these bonus keychains later, I WILL let you know. Hopefully we can get them ALL finished at once, though.” – VOCAMERICA Kickstarter Update

This means that if all the VOCALOID performer stretch goals are met, EmpathP will make keychains for all of the other VOCALOIDs. So there would be a keychain for OLIVER, one for YOHIOloid, and one for SONiKA. However, this is only if ALL of the performer goals are reached. The Kickstarter must reach at least $14,000 USD to unlock these extra keychains.

As a reminder, these are the remaining performer stretch goals:

At the moment, EmpathP can’t promise that all the keychains will be made in time. The keychains that are not the VOCALOIDs performing in the first concert may have to come later. The six of DEX, DAINA, MAIKA, RUBY, Namida, and Aiko are the main ones that need to be finished before the first concert at NekoCon.

EmpathP is currently working on finishing the keychains of the main performers. Aiko and Namida are done, and RUBY’s lineart is finished. We also have a sketch of MAIKA’s keychain. The alternate Kickstarter-exclusive versions of Namida and Aiko are also finished. However, they’re only visible to Kickstarter backers.

Aiko’s alternative coloring is called “Summer Sun” and can be found here. Note: only Kickstarter backers can see the post.

EmpathP also teased the DAINA model! At the moment, we can only see the upper part of DAINA’s face. However, she’s looking beautiful!

The VOCAMERICA Kickstarter is open until Thursday, July 28, 2016, at 7:15 PM EDT. Anyone interested in donating can visit the Kickstarter page here. Rewards will ship worldwide but fans have to pay for shipping.

She's a huge VOCALOID fan, a figure collector, and an all around nerd. Hoshi's been in the VOCALOID fandom since 2008 and has been a hardcore VOCALOID fan since 2013.
@VocaHoshi
Previous Vsinger’s “Language of Flower” Mini Figures Open for Pre-order!
Next VOCALOID News Network Recap of Anime Expo 2016